Goro Miyazaki breaks my goddamned heart, you know that?

I feel for the guy, I really do. When faced with having to live up to the legacy of his father, a man who will be remembered as the Michaelangelo of the 21st century, Goro wisely tried to forge his own path in a different field and be his own man. He studies landscaping, becomes a construction consultant and even helped to design the Ghibli museum which he then became the director of. At 34. I mean, this guy has done some amazing things, right? That is a damn impressive resume. More than I’ll ever accomplish, that’s for sure.

And then, he gets called in by his father’s studio to contribute some landscapes for a movie. They take a look at them and say “Hey, these are really good and also your father is basically the God of Animation who walks among us in the form of a man, you should totally direct this movie.”

And suddenly, he’s exactly where he never wanted to be, directing an animated movie where he has to be compared to his father and there is just no way he can win. And, despite bringing the movie in on time and on budget, he will forever be known as the guy who directed Tales From Earthsea, the “bad” studio Ghibli film.

And now, this incredibly accomplished young man is viewed as a failure. A fuckup. Someone defined by not being as good as someone else.

And that is just so unfair to the guy. I mean, I know I dunked pretty hard on From Up On Poppy Hill  but it wasn’t bad. Okay, it was boring and uninteresting and unengaging and I guess that does kinda mean it was bad but, shit, like I could do better? 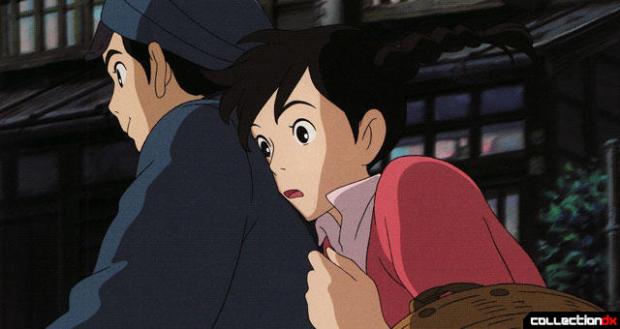 “No” is the answer to that.

This was the question that was dogging me all through watching Tales From Earthsea. How do I justify giving this movie a bad review when it has better animation and more striking visuals that probably a good 90% of the movies I’ve reviewed on this blog. I wanted to like this one. I really did. I committed a cardinal sin of reviewing in wanting to give this one a pass because of the person who made it and not on a fair assessment of the work. Taken on its own merits, without comparison to the rest of Studio Ghibli’s output, Tales From Earthsea is a beautifully animated work  and a veritable feast for the eyes.

It is also, unfortunately, a pretty terrible movie.

END_OF_DOCUMENT_TOKEN_TO_BE_REPLACED

Before we get stuck in to today’s review I would like to make a few corrections. I’ve recently started reading the first original run of the X-Men from the sixties thanks to the Marvel app.The Marvel app allows you to read comics from across the company’s seventy year history and I’d recommend it!

If it wasn’t a glitchy piece of garbage.

But regardless, reading these old issues has made me realise that I had made some false assumptions about this period of the X-Men’s history which I’d now like to correct.

Firstly, I claimed that the Stan Lee/Jack Kirby run didn’t have any of the Civil Rights allegory that was so central to the franchise later on. I was wrong about that. It’s not nearly as pronounced as it would become but it is definitely there, with the mutants facing fear and prejudice from human beings from fairly early on.

Likewise, I also claimed that the much later decision to make Iceman gay was a blatant retcon that directly contradicted the character’s established history. And while we do definitely see Bobby dating women in these early issues… 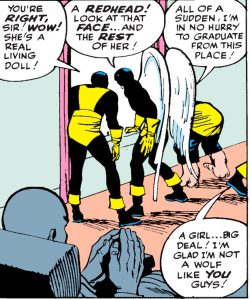 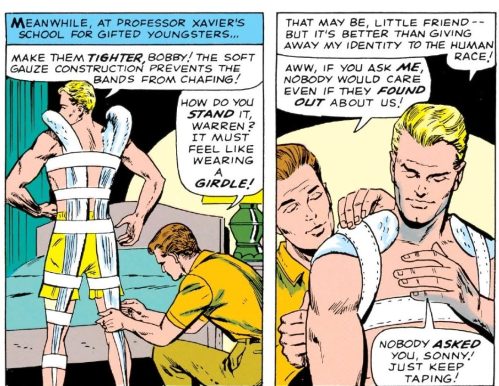 Yeah. I can’t exactly say they pulled that out of thin air either.

Lastly, I implied that Professor Xavier was a dangerous lunatic putting minors in mortal peril as part of his deranged scheme to raise his own paramilitary force of super-powered child soldiers. 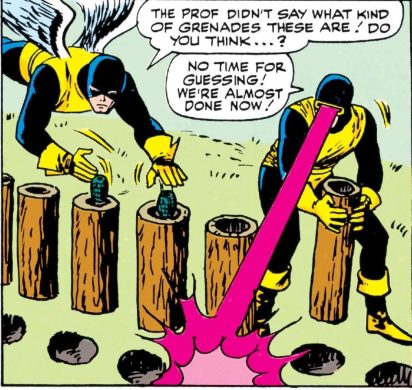 “Do not question Father, Warren! Or he shall put you in the box of chastisement!”

So let’s look at The Wolverine!