The future is the present, but moreso.

This is has been the guiding principle of futurist science fiction since the genre was invented; take the current status quo and extrapolate logically and presto, you have a plausible future setting for your story. Early British sci-fi is all about the ethics and difficulty of maintaining a vast empire (don’t worry lads, won’t be a problem long term). Star Trek had space hippies and an interstellar Cold War. Eighties sci-fi is really worried about these Japanese guys. Trouble is, the course of history is less an elegant upward line and more like a panicky chihuaha on meth that keeps running off in different directions. For example: The USA and USSR are locked in an inexorable arms race that can only end with nuclear anni… 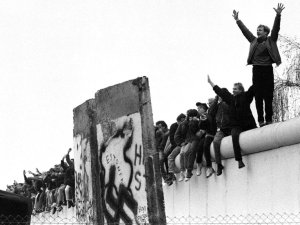 Well, the Japanese economy is an unstoppable behemoth that will crush its Western rivals and establish a new world order of corporate hegemony… 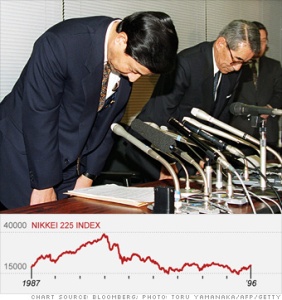 Awesome, history is over and now America as the world’s lone superpower will rule over an endless long peace… 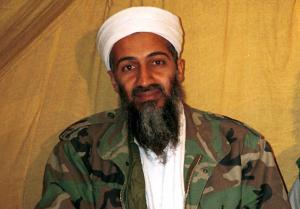 Where did THIS clown come from?

Ah jeez, America has moved inexorably to the right and the Republicans will maintain dominance for generations, slowly turning America into a paranoid police state… 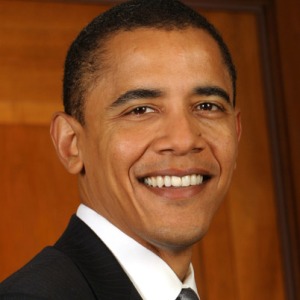 Racism is over everybody! Peace love and kumbaya for all! 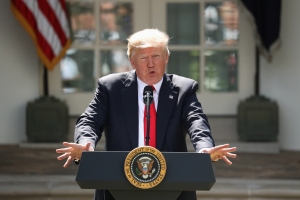 Okay History you are now officially taking the piss.

This is why it’s almost impossible to write science fiction that accurately predicts the future, because the present won’t sit long enough to have its picture taken. Even the works that do get props for accurately predicting the future tend to only get certain details right while getting the rest very wrong. William Gibson came damn close to predicting the internet, but he also predicted that the world would be ruled over by several competing mega-corporations when of course in reality it’s only ruled by one. 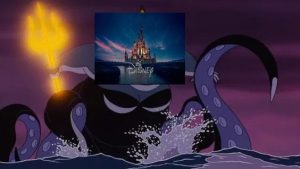 “Yes Disney, we all behold your glory.”

Which is why, as a good rule of thumb, if you’re writing sci-fi you should set it far into the future so that when you are inevitably proven wrong, you’ll be long dead and no one will be there to laugh at you (unless they use their futuristic magic tech to resurrect you purely so they can laugh at you which would be incredibly petty and, going on current trends, entirely probable).

Strange Days was released in 1995 and sets its tale of sci-fi dystopia in the misty far off time of…December 1999. That’s ballsy.

And yet, it honestly feels more prescient than any science fiction film I can recall seeing.

“I just looked at this film and it has a ton of boobs Are we a boob blog now?”

Yeah, so I realise the movies I’m been reviewing lately have been a little more racy for a blog that rarely reviews fare rated harder than PG. Truth is, this is a review I’ve been trying to find the time to do for almost three years now (it’s one of the Joanna VR requests). This is one my friend Roger Courtney requested because he feels that it’s a ridiculously under-appreciated movie that I should review and everyone should see.

It is, I did and they should.

END_OF_DOCUMENT_TOKEN_TO_BE_REPLACED

A Disney reviewer was asked by his brother to review a movie by the infamous Troma studios, and you won’t believe what happened next!

Actually, you probably will.

It’s garbage and I hated it. 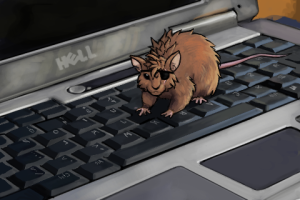 “I knew requesting this review would finally crush your spirit!”

“Well firstly, because Anti-Depressants are AMAZING. But secondly, because you have fundamentally misunderstood the difference between different kinds of bad movie.”

So let’s talk about bad movies. Roughly speaking, bad movies can be broken into the following categories.

1)      Bad movies. Pretty simple. A movie that tries to be good but just fails. A comedy that is not funny, a thriller that is boring, a romance where you want all relevant parties to die in a fire. They’re common as muck and less useful.

2)      Good Bad movies. Movies that try to be good but are so bad that they’re entertaining. The Room, Plan 9, Birdemic what have you. Rare enough, but glorious.

3)      Good Good Bad movies. Okay, these are super rare. These are movies that are trying intentionally to ape Good Bad movies and do so in a way that makes them as entertaining as the real thing. Garth Marenghi’s Darkplace would be a perfect example if it wasn’t a TV Show.

4)      Bad Bad movies. These are less movies than acts of assault. The makers purposefully tried to make the most offensively awful movie possible just because. Serbian Film, The Human Centipede…if, for some reason you don’t know what those are, don’t google them, trust me.

5)      Good Bad Bad movies. A Bad Bad movies that’s actually so baroquely excessive and ridiculous that you can’t help but be entertained by it.

6)      Bad Bad Bad movies. And here is where they did it and it’s just gross and pointless and really, really boring.

The Toxic Avenger belongs in that final category. If it was just a little more competent I’d probably be doing an epic all caps takedown and trying out some of my most ingenious, Rube-Goldberg like profanity. But here’s the thing. You ever see Little Shop of Horrors? You know the bit where Steve Martin’s a sadistic dentist and Bill Murray is the patient who gets off on tooth extractions? It’s just no fun if the movie’s into it. I’m watching the movie and the movie is yelling “LOOK AT ME! I SUCK! DON’T I SUCK?! LOOK AT HOW BAD I SUCK!” and I’m just there half watching while scrolling through my Facebook feed muttering “Uh huh. Uh huh. Yeah. You sure do suck.”. I mean, why am I even here? The movie critiques itself.

Alright, so who are Troma? They were founded in 1974 by Lloyd Kaufman, Michael Herz and Satan (he’s a silent partner). Since their founding they’ve dedicated themselves to making independent films outside of the restrictions of the studio system, executive meddling, corporate pandering, technical competency, artistic talent and human decency. Troma have a reputation amongst their fans as plucky underdogs striking a blow against the bland corporatized studio system. A reputation that is utterly bullshit, by the bye. Firstly, Troma is a frickin’ merchandizing machine. For fruck’s sale, the Toxic Avenger had a Saturday morning cartoon with its own toyline!

I wish I was joking. God in heaven, I do.

Secondly, Troma is not the Anti-Hollywood, it’s Hollywood without any of its redeeming features. Like the very worst Hollywood fare Troma’s films traffic in senseless violence, casual misogyny, homphobia and racism. They just do it worse. If Hollywood is a McDonald’s, Troma isn’t a friendly little local Mom and Pop artisanal burger joint, it’s a cheap knockoff McDonald’s where the burgers are even worse for you and chef won’t stop taking a dump in a the deep fat fryer. That said, much like Roger Corman, Troma has been responsible for giving many screen talents their first break, with folks like James Gunn, Vincent D’Onofrio and Samuel L. Jackson all making their bones with the studio. Y’know, kinda like how WW2 was terrible but at least it gave us computers and space travel. The Toxic Avenger is by far Troma’s biggest hit and the face of their brand. 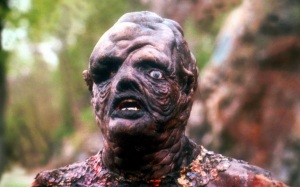