For the month of February on Unshaved Mouse we are running the Charity Movie Deathmatch and I need YOU (yes you, no, not you, the person behind you. Yes. You.) to make it as big a success as possible. Here’s how it works.
Below are the twelve movies that readers of this blog expressed the most interest in me reviewing. Here’s how to play.
Simple right? And now, let’s meet the movies that will be brawling to the death for your entertainment. 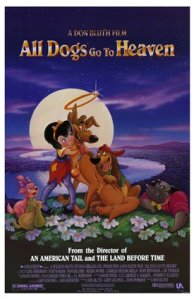 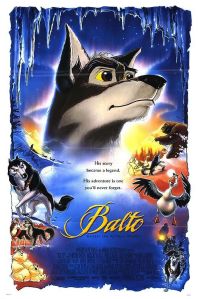 Balto
Studio: Amblin Entertainment
Age: 20
Runtime: 77 minutes
AKA: “The Disast-ah from Alaska”
Younger, hungrier, leaner, Balto is probably what keeps All Dogs go to Heaven up at night. If they could put their differences aside however, these two canine-themes movies might be unstoppable and both get a spot in the final three. Regardless, Balto will be a formidable opponent, with plenty of support from the crowd and a reputation for being able to go that final mile.

Fievel Goes West
Studio: Amblin Entertainment
Age: 24
Runtime: 74 minutes
AKA: “The Don’t-Suck Sequel”
An immigrant kid with a tough upbringing, Fievel Goes West has battled his whole life against anti-sequel prejudice. Now, he takes that fight to the ring with everything on the line. Fievel Goes West is battling to support a family of less successful sequels and so cannot afford to show mercy to his opponents. If they die, they die. 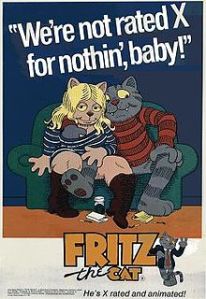 Fritz the Cat
Studio: Various
Age: 43
Runtime: 80 Minutes
AKA: “Fritz the Blitz”, “The X-Rated Executioner”
The oldest fighter in this year’s death-match is a heel through and through, bribing referees, using illegal moves and feeding on the hatred of the crowd. That hatred may be his greatest asset. The question is, who do the fans want to suffer more? The Cat, or the Mouse?

The Secret of Nimh
Studio: Don Bluth Productions
Age: 32
Runtime: 82 Minutes
AKA: “Mouse of Pain”
Rounding out the trio of Don Bluth movies competing for a spot, Secret of Nimh may be the most formidable contender of them all. It’s not unknown for movies to enter the ring, see who they’re up against and say “Nah. Forget it. I quit. Yes, I know it’s a deathmatch. Just make it quick.” 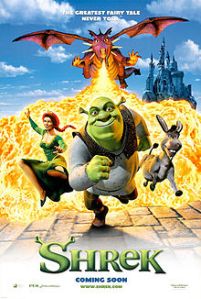 The Iron Giant
Age: 16
Runtime: 87 Minutes
AKA: “The Furious Fe”
Beloved by children, feared by his enemies, this gentle giant understands that as a role model he has to set an example. “STAY IN SCHOOL, EARTH-SPAWN!” he bellows as he crushes yet another challenger beneath his cold metallic heel. 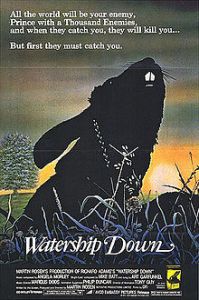 Watership Down
Age: 37
Runtime: 101 minutes
AKA: “The Black Rabbit of Inlé”, “The Tharninantor”
It’s a movie about bunnies. How tough can it be? Has been the last thought of too many movies to count.
***
Charity Movie Deathmatch will be running all through February 2015. Please donate whatever you can, big or small and vot for your favourite movie. And don’t forget to share on Facebook and Twitter and the backs of the heads of passing bald people.
See ya at the final bout.

Okay everyone, the final(ish) ranking of every canon movie has now gone up HERE.

But, bafflingly, some people will insist on having opinions that differ from my own which is why I put up a poll asking readers of this blog to name their favourite canon movie and favourite Unshaved Mouse review. So without further ado, let’s talk to Katya who’s coming to us live from Sofia. Hello Katya! 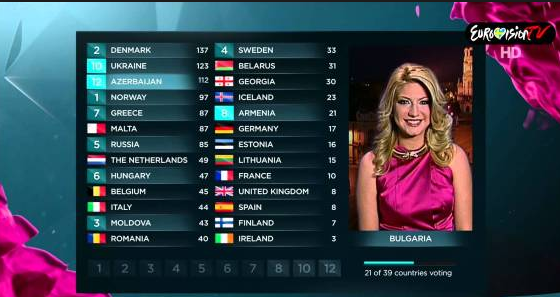 “Hello Mouse! What a cool time we are having! Here is how the people voted.”

Dinosaur: 1 (Oh ha ha ha ha. Yeah. Funny guy. Thanks to you, this movie beat out Bolt, Princess and the Frog and Cinderella. I hope you can live with that on your conscience, you monster.)

Lady and the Tramp: 1

Sword in the Stone: 1

Big Hero Six: 3 (Man, that is some effective marketing Disney.)

The Many Adventures of Winnie the Pooh: 3

The Hunchback of Notre Dame: 31

Beauty and the Beast 39

“Lion King for the winner!”

Well  few surprises there, but a fairly inevitable result, wouldn’t you say Katya?

“Mouse? Someone is hammering on the door, I think the station is being……”

You’re right Katya, it’s hard to argue with a result like that. But what about their favourite review, can you tell us how the readers voted Katya?

“Da. The readers have voted to return to the Motherland.”

Ooooookay. Did they happen to mention anything about their favourite review?

“This voting process was both fair and transparent. Talk of irregularities is simply fascist propaganda.”

Home on the Range: 1

Lady and the Tramp: 1

Batman Under the Red Hood: 2

Sword in the Stone: 3

Song of the South: 3

Beauty and the Beast: 3

“Most popular review Foodfight, Black Cauldron and Three Caballeros. From this we know, readers like you to suffer.”

Tell me something I don’t know. Thanks Katya.

“Soon I will crush you.”

So as you all know the Frozen review has just gone up, meaning that this two year long journey is very nearly at an end until a few months from now when Big Hero Six comes out, because I’ll be doing this until the day I die, let’s face it. Anyway, I’ll be posting up a big stonking rankings list where you can see exactly how each movie fared. This is how we have fun in the future, because the internet has turned us all mildly autistic. Anyway, for the big wrap up I want to hear from you. What is YOUR favourite Disney canon movie? Clicky doos below…

Also, you can vote for your favourite Unshaved Mouse review HERE (the poll is too big to fit in a blog post, sorry).