(You can listen to an audio version of this review HERE)

Bambi’s a weird one, isn’t it? It’s frequently ranked as one of the greatest animated movies of all time, and yet not many people seem to actually like it. I asked two people, both pretty big Disney fans, to watch it with me, and they both had the same reaction.

And to be honest, I kind of felt the same way. I hadn’t seen the movie since I was around eight and I couldn’t remember that much of it which is kind of weird for a start. I mean, most of these movies I can remember line for line, stored in the part of my brain that should be used for remembering the names of family members.

END_OF_DOCUMENT_TOKEN_TO_BE_REPLACED

(You can listen to an audio version of this review HERE.)

So it seems quite a few people were confused by my “Next Week” bit last review where I talked about crossing a picket line to review Dumbo. Was this some obscure in-joke or was I just being weird for the sake of it? Well I like to think you know me well enough by this stage to realise that I would never stoop to bizarre nonsense just for the sake of it. 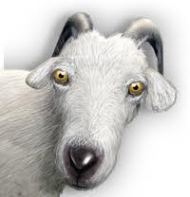 I was actually referring to the Disney Animators Strike of 1941 that occurred around halfway through the production of Dumbo and led to the movie being completed by scab labour. And boy, if there ever was a movie that looked like it was partly done by trained professionals before being finished by desperate, guilt-ridden blackleg hacks…

END_OF_DOCUMENT_TOKEN_TO_BE_REPLACED

(You can listen to the audio version of this review HERE.)

Let me give you a sample of some of the comments I’ve been getting on Facebook in anticipation of this review.

“I look forward to reading what you make of Fantasia. The first film I saw in the cinema and still one of my favourites…”

“Looking forward to Fantasia. Changed my life; the Rite of Spring is still my favourite piece of music ever.”

“The saddest day of my life was when our copy of Fantasia got stuck in the VCR.”

“That movie got me into music!”

“OMG FANTASIA IS THE GREATEST MOVIE OF ALL TIME AND IF ANYONE WERE TO EVER SAY ANYTHING MEAN ABOUT IT I WOULD KILL MYSELF!!!”

Oh-ho-ho-hokay. Well, that’s wonderful. Really. I am just so gratified that this groundbreaking, unique and artistically vital film has such a strong and devoted following and I’m definitely not stalling for time because I’m terrified of admitting to you that…I…don’t…really…like…it.

END_OF_DOCUMENT_TOKEN_TO_BE_REPLACED

(You can listen to an audio version of this review HERE.)

Growing up, I was what you might call a nervous child. Any time I watched a movie, cartoon or TV show, no matter how innocuous or innocent, the chances were I’d be watching through my fingers, ready to bolt for the door at a second’s notice. Why, you ask? Well, at a very young age I watched a movie that taught me that no matter how sweet and innocent something seems, there’s nothing to say that it won’t suddenly take a sharp turn into sheer, unrelenting TERROR. That movie is the subject of today’s review.

END_OF_DOCUMENT_TOKEN_TO_BE_REPLACED 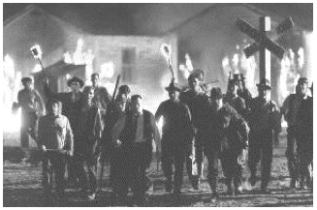 END_OF_DOCUMENT_TOKEN_TO_BE_REPLACED

Very recently I became a father, and I freely admit that there are probably wolves out there that know more about child rearing than I do. I do know one thing, though. If my daughter grows up without knowing that Disney is awesome I will have failed as a father, a human being and, yes, as one of the higher primates.

What did you say about Pocahontas?!!!!

So I have decided to embark on a massive, foolhardy and quite possibly dangerous quest: To watch and review all of the canon Disney classics until there are none left or I get bored and give up. And because this is the internet and random ranking and comparison is how we do, I will be rating each of them out of a hundred to try and find the best and worst Disney movie.

First of all, a few ground rules:

Rule 1. None of the straight to video sequels, because those things give you Ebola.

Everything was fine until someone watched Mulan 2: Mul Harder

Rule 2: No live action movies. I’m only doing the full length animated theatrical releases. I may, however, decide to review live action movies with animated segments like Mary Poppins, Bedknobs and Broomsticks and Song of the South because apparently I don’t have enough rage and controversy in my life.

Rule 4 Never trust a man with smile lines around his mouth and none around his eyes. That’s not a rule for the blog, that’s a rule for life. You’re welcome.