How’ve you been? I am good. Let’s talk about that recent survey. You know the one? Recently something called the Good Country Index released a survey stating that Ireland was the “best” country in the world. Now, there’s a been a lot of confusion on this so first of all let’s just clarify that the survey was not necessarily the best place in the world to live, the survey was actually trying to measure which countries contribute most to the welfare of humanity (in stuff like global aid, peace-keeping, diplomacy, fighting climate change and so on) and which countries are dragging everyone else down. Now, I’ll admit I was surprised that we got the number one spot, not stunned, but surprised. But sure, we do give a lot of money to overseas aid and we’ve been involved in UN Peacekeeping missions since the early sixties so fine, okay, I don’t think we’re a crazy choice. Let’s talk about crazy, though.

END_OF_DOCUMENT_TOKEN_TO_BE_REPLACED

CHAPTER 8: THE BATTLE OF THE STONE BRIDGE

There was a great yellow moon sewn into the black and grey fabric of the night sky and the path ahead of the two men was a golden thread, leading them home.
“I hear there was a murder.”
“Yes.” Luke replied “Our magistrate.”
“I’m sure you’re all distraught.” said the youth tonelessly.
Luke did not reply, not wishing to lie, but not wishing to show disrespect for the dead.
“Did they catch the murderer?” and again the words were passionless.
“No.”
“Do you think they will?”
“I don’t know.”
The youth snorted at this, as if it amused him.

END_OF_DOCUMENT_TOKEN_TO_BE_REPLACED

Being the plugged-in, ears to the ground Disney fans you all are I’m sure that at least some of you have seen this:

It’s a Disnified rendering of all 12 Doctors (I’ll be deep in the cold, cold ground before I recognise the War Doctor) done by my friend and erstwhile League of Volunteers collaborator Stephen Byrne. It’s already gotten notice on the AV Club, the BBC website and a bunch of other websites with far greater profiles than this one. Stephen’s a fantastic artist (obviously), and has a wicked sense of humour too. Quote:
“I would like to thank the people who took the time to point out some errors in my recent ‘Disney Doctor Who’ post. It has been rightfully brought to my attention that ‘some of the designs aren’t exactly….Up to par….2 and 4 are too short’ and ‘6 looks like a looks like clown, 2 looks like a dwarf, 4 looks like he is sick with some sort of bad cold, 1 looks creepy, and 11 has eyebrows!’. A theme emerged – ‘2 and 4 are too short’.

Well, I’ve had a look back over the art in question, and the situation is far worse than I imagined. Indeed, some of the heights of the characters are factually inaccurate, but it doesn’t stop there. Upon closer inspection, I realised that I had accidentally exaggerated facial features and poses and mistakenly made choices about character and costume designs. I somehow used a bright saturated color palette that does not exist in reality, and (in some instances) just plain used creative license with zero regards for the consequences. Worse still, to my dismay – ‘THERE IS A ROSE ON DAVIDSON INSTEAD OF A CELERY STICK?!???!’, as one viewer put it. It turns out even the font was made up.

Thankfully there is still time to remedy this mistake. Please see below the updated correct version. Thanks for keeping me on the straight and narrow.

Michaelangelo painted, but was at heart a sculptor. Stephen draws, but his true medium is sarcasm.

Now Stephen has launched his own webcomic, Steve Loves Internet, a tender love story about the relationship between a man and a global network of interconnected hard-drives linked via optical, wireless and networking systems. It’s already shaping up to be one of my favourite webcomics and I strongly recommend you check it out and spread the word.
Mouse out.
(DISCLAIMER: This blog is not for profit. All images and footage used below are property of their respective companies unless stated otherwise. I do not claim ownership of this material. New to the blog? Start at the start with Snow White.)
You know what’s weird? In Irish, there’s no word for “Yes” or “No”.
You know what else is weird? If you ask someone to imagine “a Disney movie” they automatically think of a Princess movie, something like the world of Giselle in Enchanted. But the Princess movies only make up a small fraction of the canon, 10 movies out of 52. Whereas the talking animal movies comprise a staggering twenty four movies depending on how you count them (Pinocchio, no, the two Winnie the Poohs, yes for our purposes here). So why is it that the Princess movies have such an outsized influence on how the rest of the canon is seen? Well, for whatever reason, it’s the Princess movies that seem to do really well. Snow White, Cinderella, Sleeping Beauty, Little Mermaid, Beauty and the Beast, Aladdin, Mulan, Tangled, Frozen, all really, really huge hits. And even Pocahontas and Princess and the Frog were not exactly slouches at the box-office. The talking animal movies, by comparison, tend to perform more modestly. Oh, you’ll get the occasional big hit (Lady and the Tramp, 101 Dalmatians, Jungle Book, The Rescuers and oh yeah, The Lion King) but mostly it feels like their role is to just keep things ticking over until the next Princess movie comes along.  And that’s just not right, dammit. Disney have done some if their very best work in this sub-genre. Take today’s movie for example, Bolt, which was released in 2008 and…
Oh my God.
Oh my God, this thing was released in 2008. Obama had been elected by the time this thing came out. I was on Facebook. I was in my current job. I remember this thing coming out as a recent event in my life. It’s just…wow. When I started this blog I was making jokes about Hitler and the Second World War (that came out wrong). I mean, it’s really all coming to an end, isn’t it? Finish line’s in sight.
Ahem. Anyway.
It’s possible to think of Chicken Little, Meet the Robinsons and Bolt as a trilogy of the “Pixarification” of Disney. Chicken Little is Disney, trying to be Pixar, Meet the Robinsons is Disney on its way to becoming Pixar and Bolt is basically Pixar. It was produced by John Lasseter and it looks, feels and runs like a Pixar movie. Seriously, they could have slapped a Pixar logo on this and no one would have known the difference. But what kind of Pixar movie is it? Are we talking Toy Story 3? Or are we talking Cars?
Let’s take a look.

END_OF_DOCUMENT_TOKEN_TO_BE_REPLACED

“Bernadette, can I tell you a secret?”

The two were sitting alone on the wall where the thief had passed by four years ago on his way to his appointment with Marie’s father.

They were sitting shoulder to shoulder, Marie’s red hair mingling with Bernadette’s blonde, something now possible since Bernadette and her odour had parted company some years back.

“So what’s the secret?” said Bernadette.

“Really.” said Bernadette “What’d you do?”

“Do you remember when they told us that Monsieur Nogaret was dead?”

“Were you happy he was stabbed?”

“What?” said Marie, surprised by the question.

“Well, I just want to know how bad it was. I mean, being happy someone is dead is one thing. Being happy that someone broke into their house and cut them up and turned all the walls red and made it so they still haven’t cleaned it up and it’s probably going to be haunted forever…“

“So, how do you feel now that you know how he died?”

There was a brief pause. Bernadette kicked air.

“So why were you happy when you heard?”

Marie kicked herself mentally and realised that she had talked herself into a corner. To tell Bernadette about her encounter with Nogaret all those years ago she would have to explain why Nogaret had visited her father’s house. Then she would have to explain why her father was in Nogaret’s employment and not only would her father’s identity be exposed and his life at risk, but she would be exhausted from more explaining than any human being should have to endure. This would take some brilliant excuse, something to completely throw Bernadette off the scent.

END_OF_DOCUMENT_TOKEN_TO_BE_REPLACED

“So that’s why I’ve decided I should go back into therapy. I’m just worried that, what with my last psychiatrist turning out to be an immortal Lich King who tried to trap me in a hell dimension for all time…”

“Your trust was betrayed. And now you worry that you may not be able to trust anyone again.”

“Mouse, if I am to help you, you must feel comfortable in opening up to me. Only then can we overcome your issues and help you reach your true potential.”

“Yes. You should be killing people. Like, all the time.”

“Huh. Well, I did feed a friend of mine to a shark two weeks ago.”

“Excellent, then we are already on the road to recovery. But first we must deal with your trust issues. I am going to hypnotize you now.” 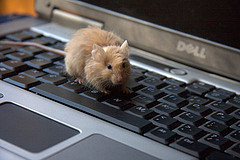 “Listen to my voice. I am going to reactivate memories that have long since lain dormant. We are going to put you in touch with your inner child.”

“He’s not really here Mouse. He is a psychological projection of you when you were a child.”

“Ah yes. I forgot. I was a real charmer. What exactly am I supposed to do with him?”

“Spend time together. Reconnect. Try and recover the trust and innocence that you once had, and then we’ll be killing people together in no time.”

“What do you normally do?”

“Honestly, I spend most of my time watching cartoons and then making stupid jokes about them.”

“Well I don’t wet the bed anymore. You want to watch cartoons or not?”

“Kid, look, I know you have a lot of fond memories of this but, trust me, as someone who reviews animated movies for a living…”

“Really? You get paid to do this?”

END_OF_DOCUMENT_TOKEN_TO_BE_REPLACED

And lo it came to pass that the call once again went out throughout the realm of Irish blogdom. And the call was: “Dance, monkeys, dance!”

Yes, it’s time for the Blog Awards Ireland 2014 and I’m hoping that, like last year, one of you kind folks would be willing to nominate me. Last year Unshaved Mouse did very well, getting nominations for best Newcomer and Humour blog and even getting shortlisted for best Pop Culture Blog. This time around I’m no longer eligible for best Newcomer (bit too long in the tooth) but if you wanted to nominate me for the Arts & Culture (not Pop Culture), Humour and Best Blog Post categories that’d be just swell.

And don’t forget, getting nominated means I have to work extra hard to get your votes meaning more content between regular uploads, more articles, more best-of lists and basically me being your bitch to the exclusion of all dignity from now until the middle of September.

What’s not to love?

Nomination page is here. Thanks guys.