My friends, the time has come for me to tell you the tale of the last Looney Tune, and I feel less like an animation blogger and more like Red from the Shawshank Redemption. I wish I could tell you that the Looney Tunes fought the good fight. That they brought Chuck Jones and Mel Blanc and Michael Maltese back for one last time and went out with a short that could stand up with the very best of them. That when that really was all folks, those folks knew that something wonderful had gone out on a high. But animation is no fairy tale. 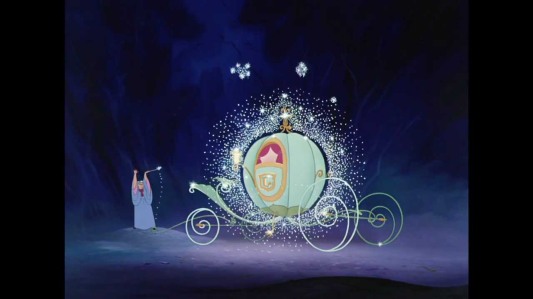 Well, except when it is. Look, we’re getting off track.

What animation buffs call “The Dark Age of Animation” lasted from around the late fifties to the early to mid eighties (meaning the next few reviews will most likely just be me making sounds of pain and distress) and I don’t want to exaggerate it so I’ll just say that this was the worst period in human history where everything good and pure in the world was killed and hung from a gibbet. It was around this time that TV finally came into its own and starting muscling onto cinema’s turf in a big way. Facing increasing financial pressure, cinemas had to cut back on luxuries like lavishly animated cartoon shorts of pure loveliness. Cartoons in this period had to find a new home on television, where the appetite was there (boy, was it ever) but the budgets simply weren’t. The animation studios that survived in this era did so by being cheap, lean and mean. This was the age of Hanna Barbera and Filmation. A wolf age. An axe age. Hell, even the Disney movies in this era looked dog rough.

And what of the Looney Tunes? Bugs Bunny very wisely sat the sixties out after False Hare in 1964. I don’t actually know why Warners decided to retire the character after that, but in my mind he went to Italy to pursue a celebrated career as a director of independent film. It’s what he deserved.

The Looney Tunes/Merry Melodies in this decade, at least after Chuck Jones was fired in 1963 for moonlighting on UPA’s Gay-Puree, focused more on Roadrunner and Wile E. Coyote as well as Speedy Gonzales, who was now paired with Daffy Duck, thereby capitalising on the well known and established hatred between mice and… 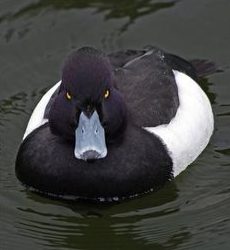 “Begone, pond-fiend. My kind have protected this land from you feathered scum for generations.”

“Your numbers grow few, furred one. One day you shall let your guard down, and the webbed ones shall rule over all as was foretold in the prophecy!”

“Some day, mayhap. BUT NOT THIS DAY!”

Sorry, where was I? Oh yeah. So Warners were still using a lot of the classic Looney Tunes characters but they weren’t resting on their laurels (they were doing something else on their laurels but certainly not resting). As well as featuring older established characters, the new shorts studio  under the management of Alex Lovy* introduced such timeless household names to the Looney Tunes Pantheon as Merlin Mouse, Bunny and Claude and Cool Cat. Truly a who’s who of “Huh? Who?” It was like the Itchy and Scratchy and Friends Hour except that Disgruntled Goat did not have his moments. I don’t want to rip on Lovy or Robert McKimson (who directed this short) because they were both seasoned professionals who worked on some great cartoons over the years. But at the same time, COOL CAT IS THE GODDAMNED DEVIL AND SHOULD BE ON FIRE ALWAYS.

The enemy. I shall teach you to hate him.

Now, my problem is not that Cool Cat is utterly, completely, instantly dated as a concept and a character. The fact that he is a sixties pop culture creation to his very bones does not mean that he could not be a good character in his own right. Know who else is utterly a product of his time? 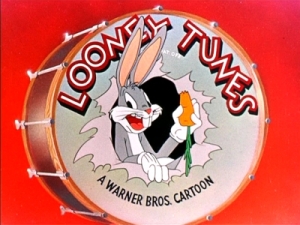 He’s literally a parody of a Clark Gable character from a thirties movie called It Happened One Night mixed with Groucho Marx.

But there’s a key difference.  Bugs comes by it honestly, he is a product of thirties pop culture created by young men who consumed, enjoyed and understood that pop culture. And Cool Cat was created by a bunch of old men desperately trying to relate to the youth of the time in the most cynical and pandering way possible.

Also, his cartoons suck and are not funny.

So let’s take a look at Injun Trouble.

END_OF_DOCUMENT_TOKEN_TO_BE_REPLACED

Yeah I’m drunk. So what? I can review just fine…don’t…just back off. I’m fine. Just, you’re crowding me right now and I feel like I’m losing my balance like you’re giving me vertigo OH FUCK… 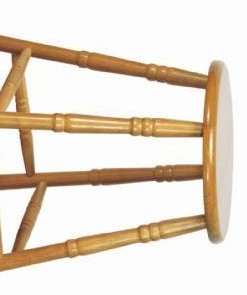 Curse you stool…you’ve always been jealous of me! Ever since school! ‘Cos I was a person with dreams and hopes and you WERE JUST FURNITURE! YEAH! I SAID IT!

Stool…Stool can you ever forgive me? 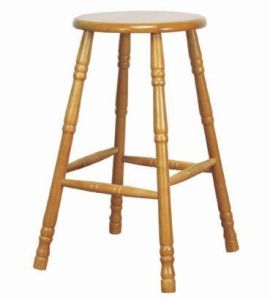 Ohhhh Christ I’m a mess. Yeah, so I needed a stiff drink or twelve after seeing this week’s movie again. See, The Jungle Book is a very important movie for me. This is the first movie I ever saw in a cinema. One day in the eighties my mother brought me to a tiny little one screener called the Regal Cinema in Youghal, Co Cork. Amazingly, I mentioned this to my mother when I was getting ready to write this review and it turns out it was also the first film she ever saw in the cinema too, and that she was brought to that exact same cinema when it first came out in 1967.

Youghal has been absolutely hollowed out by the recession and the Regal closed in 2011 after seventy four years in business but I still have that memory. Watching The Jungle Book with my mother, maybe around three or four years of age, laughing at Baloo and Louie, and being a little scared but not too scared of Shere Khan and Kaa. First Disney movie I ever saw and it was just pure joy. That was the day I learned how much a piece of art could mean to you. And then I watch it again and…ugh I need a drink.

No, I don’t need a glass. Why would you ask that?

END_OF_DOCUMENT_TOKEN_TO_BE_REPLACED

As we move into December it’s only natural to take stock of everything that’s happened in the last year and I gotta say…2012 was very, very good to me. I married the love of my life, moved into a new house, had a beautiful daughter, and after years of smacking my head against a brick wall my writing career is finally starting to show signs of momentum. Oh yeah, and I started a blog that has done better than I could ever have envisaged. I thought this would just be me typing away every week being indulged by a few of my Facebook friends. Now I’m checking the stats every day and wondering why I’m getting fewer hits from the Philippines than usual.

They never forgave me for killing off Sarcastic Map of Wartime Europe.

So yeah. 2012 was a very good year. It was like that song by Frank Sinatra. You know the one.“My Way”.
Having said that, I think it’s pretty safe to say that if I live to be a hundred I will NEVER have as good a year as Julie Andrews did in 1965. Her first ever movie, Mary Poppins,was the highest grossing film of the year and received a record breaking 13 Oscar Nominations, winning five. Oh yeah, and the second highest grossing film that year was a little picture called The Sound of Music which would actually go on to gross even more than Gone with the Wind. In case you’re curious, the third and fourth most successful movies that year were Goldfinger and My Fair Lady. Yeah. 1965 was a GOOD year for movies, and an absolutely phenomenal one for Julie Andrews.
END_OF_DOCUMENT_TOKEN_TO_BE_REPLACED

The Sword in the Stone represents a couple of milestones in the Disney canon. Firstly, this is the last movie to be released during Walt’s lifetime. It’s also the first Disney movie to feature songs by the Sherman Brothers… 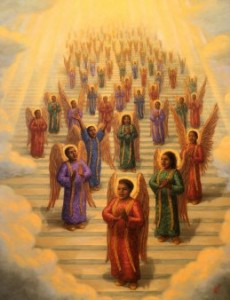 Sorry. Whenever I mention them a choir of angels is apt to descend from heaven singing glorious Hosannas and Hallelujahs. Nothing I can do about it, unfortunately. The Sherman Brothers…

One of the greatest songwriting duos of all time. Possibly the greatest. Certainly the most successful in terms of musicals. I mean just take a look at some of the movies they wrote songs for; Mary Poppins, The Jungle Book, Chitty Chitty Bang Bang, Snoopy Come Home…fantastic, fantastic songs. Their contributions to Sword in the Stone are not their strongest work but the Shermans on a bad day…

END_OF_DOCUMENT_TOKEN_TO_BE_REPLACED

Only two years separated the releases of Sleeping Beauty and 101 Dalmatians but they are, in every sense, eras apart. 101 Dalmatians feels so different, looks so different and sounds so different from its immediate predecessor that it almost feels like the work of a different studio. This is the first of what I call the Scratchy Movies, because of the harder, scratchier outlines of the characters compared to previous Disney eras. Take a look: 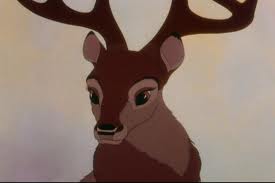 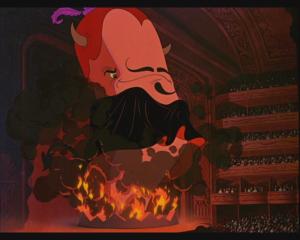 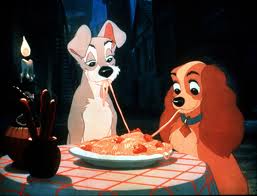 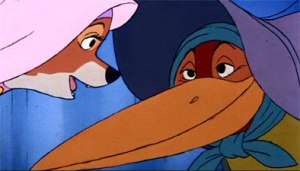 You see how the lines are so much starker and rougher in the last one? Why is that?