It means I have to dance like a monkey to get as many of you to vote for me. More updates, more reviews, more content, more work, and all so I can funnel page views to the Blog Awards website and their advertisers before inevitably losing to the Waterford Whispers. 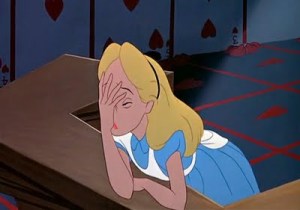 And why? Why do I do it? Because clearly, I didn’t get enough validation as a child. 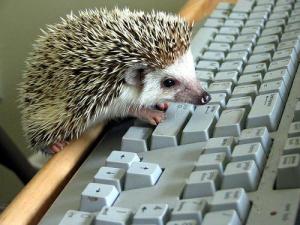 “Um, we could just not nominate you this year, Mouse?”

Fortunately, this year I’ve actually prepared. In fact, for all of September, when the actual voting takes place, I will be unveiling a new project and updating every two days. Yes. Every two days. NOT counting the regular reviews. It’s going to be a goddamn posting smorgasbord.

You goddamn bunch of enablers.

Normally when I do one of these recommendations I have to explain who the person in question is, but chances are you already know Amelia Mellor, or Paper Alchemist as she’s known around these parts. What you may not know is that she’s started her own blog where she reviews Young Adult fiction in a snarky style while interacting with stock photos and using visual gags and ohhhhhh how original. I’m on to you Mellor.

Seriously though, this is now one of my favourite blogs and I recommend it mightily. It’s called Under the Doona by Torchlight. I don’t know what a Doona is but Amelia’s Australian so I’m guessing something large, venomous and with more legs than anything could possibly need. 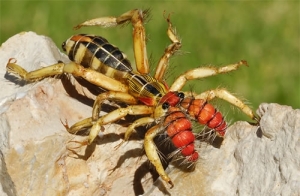 Anyway, head on over there and say hi.

(DISCLAIMER: All images and footage used below are property of their respective companies unless stated otherwise. I do not claim ownership of this material. New to the blog? Start at the start with Snow White.)
I sometimes get asked for advice on writing by desperate people who’ve got nothing left to lose and I usually give them some pap about being true to your art and letting the story flow naturally and blah blah blah. If I was honest, there’s really only one rule with writing; “It’s not what you do, it’s how you do it.” Trite? Yes. Cliché? Absolutely. But also true.
I feel I owe you all an apology. Last time I tore into From Up on Poppy Hill because of its story problems, it’s lack of payoff, its glacial pacing. And it has all of those things. But this is the truth of the matter: I watched that movie and had an emotional reaction to it. I didn’t like it. And then I used those problems I mentioned before as justification for why I didn’t like it, both to myself and to you. And this is not just me. Every critic does this. We have subjective, emotional, often illogical reactions to movies and then use film theory to present those reactions as objective, dispassionate and perfectly sound. This doesn’t mean that From Up On Poppy Hill is a good movie, it just means that when I depict the movie as being bad because it breaks Law X of good screenwriting I’m being disingenuous. On the most fundamental level, I didn’t like it because I didn’t like it.
This was brought home to me rather powerfully by today’s movie, Tokyo Godfathers. This movie breaks two rules that are supposed to be pretty ironclad. Firstly, the action of the plot is largely driven by coincidence. Secondly, the ending only misses out on being a literal deus ex machina because it doesn’t involve a machine. And yet, it works. It really works. It works like German ants.
This the third of only four moves directed by the legendary Satoshi Kon before his tragic death from pancreatic cancer at the age of 46. I haven’t seen any of the others (although after seeing this you can bet your left buttock I am going to check them out). Even more unusually, each film in Kon’s tiny filmography seems to be wildly different from the others; Perfect Blue is a psychological thriller, Paprika is concept-heavy sci-fi,  Millennium Actress is a time-travel historical romance and Tokyo Godfathers is a straightforward caper movie. I went into this movie fore-warned that Kon was the “David Lynch of animé”, an idea that seems to promise weirdness so potent that even staring at it would drive you to gibbering madness. Tokyo Godfathers is most definitely not the movie that I expected. It’s actually one of the least alienating and most accessible animé movies I’ve ever seen, which is impressive as my DVD has no English dub and I watched this one in subtitled Japanese. The story is actually grounded enough that there’s really no reason the movie couldn’t have been made as a live action feature (although we would have been missing out on some fantastic animation if it had been).

END_OF_DOCUMENT_TOKEN_TO_BE_REPLACED

Remember how, ages ago, I did that list of my favourite non-Disney animated movies? Yeah, that list is probably due an update. There are so many fantastic films that I’ve discovered or re-discovered since then: Coraline, Prince of Egypt and of course Princess Mononoke. Still the highest scoring animated movie I’ve ever reviewed on this blog (or tied for first place if you count Who Framed Roger Rabbit). So when I was asked to review From Up On Poppy Hill, another Studio Ghibli film by Miyazaki that I’d never even heard of I was pumped.

So this is the 17th Studio Ghibli film, released in 2011 after Arrietty and before Miyazaki’s final film as director, The Wind Rises. Aaaand that’s about as much as I know about it. I’m going into this one completely cold.
I mean, c’mon. What else do I need to know? It’s a Studio Ghibli film directed by Miyazaki. The only question is; Great Movie or the Greatest Movie? Let’s take a look.

END_OF_DOCUMENT_TOKEN_TO_BE_REPLACED 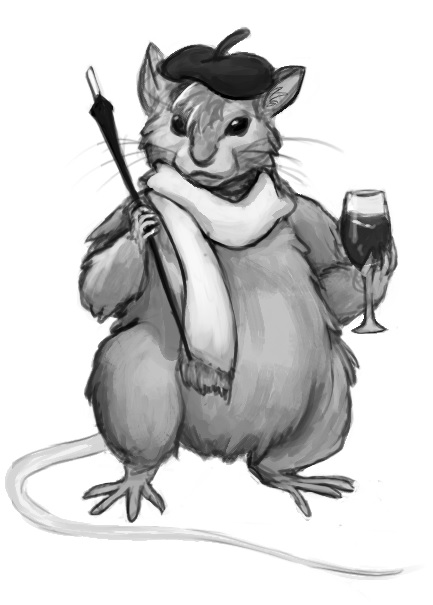 Some absolutely gorgeous art by Juliandroid of me during my poncy French phase. Ah, lé vanité. She does commissions that are so good and so inexpensive you will look at the prices and be all “What’s the catch?” You go check her out and right speedily.