Irish comedian Dara O’Brian has a great bit where he rants about the term “guilty pleasure”. Liking a certain band or movie, he argues, should not make you feel guilty and the term “guilty pleasure” should be reserved for things that should actually make you feel guilty, like smelling women on public transport. He’s probably right, and part of me thinks that if you’ve found something in this often scary and uncaring world that makes you happy and doesn’t hurt anyone else, more power to you. I, however, was raised Catholic, which means that pretty much all pleasures are guilty pleasures. These ones though? These are the things that I love that just make me feel dirty.
5) Family Guy

Why I love it.
Alright, I know that this is a terrible show. It commits basically every writing sin there is, there’s no structure, zero consistent characterisation and it leans way, way, waaaaay too hard on shock value to try and get its laughs. And, just so we can put this to bed, racist humour is not edgy. 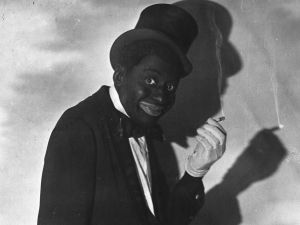 It’s not “cutting edge” if it predates the frickin’ talkies.

And yet, and yet…in any given episode of this show there will be at least one joke, one gag, one little bit of surrealist humour that will make me laugh out loud. Law of averages I guess. This show’s modus operandi is flinging gags at the wall at a rate of knots and hoping that they stick. And, as much as the scripting is bad in a kind of big-picture, overall sense, there are often little scenes and vignettes that contain some frankly beautiful writing. There’s a scene (incidentally from one of my least favourite episodes) where Stewie takes the entire cast of Next Generation to the drive though and it just captures perfectly the frustrations of trying to order for a large group of people and that is something I think that Family Guy can do very, very well. Just capturing the truth of little day to day moments. Also, whatever you may think of his comedy, Set McFarlane is an absolutely phenomenal voice actor.
Guilt Level: Parking in the disabled zone.
So why do I feel guilty?

Yeah.
4) “Ill Mind 5” by Hopsin
WARNING: SO, SO, SO FUCKING NSFW
Why I love it
I first came across this song on That Guy With the Glasses when RapCritic named it his best song of the year. After one listen it was already my favourite rap song of all time. Over the course of three verses addressed to, in turn, a white high school dropout, a white teenage girl and a black wannabe gangsta Hopsin takes his entire benighted generation and goes through it for a shortcut, lambasting his contemporaries as shallow, driftless, lazy, celebrity-obsessed jackasses. With impeccable flow and timing, pitch black wordplay and white-hot rage Hopsin makes a lecture essentially telling kids to stay in school, study and eat their greens sound like the most hardcore, revolutionary thing you’ve ever heard.
Guilt Level: Shouting “bollocks” in a crowded church.
Yeah, as Rap Critic himself pointed out, it’s that second verse that really raises the alarm bells. It’s not even that I particularly disagree with Hop’s central premise viz; that if you’re a young woman who’s primary method of meeting guys is to go down to a skeezy nightclub and essentially give the patrons a strip show gratis then it’s maybe slightly disingenuous to then complain that the men you’re attracting aren’t exactly the gender’s A-team. But let’s be honest, am I going to sit here and pretend that lines like “You want Romeo, you’re not worthy/You’re cock-thirsty, nasty and probably got herpes” aren’t horribly misogynistic? No. Because I speak English as a first language and know what all those words mean. Does that mean it’s a bad song? Um…no. Great art does not have to be nice, and great artists often aren’t nice people (for example: pretty much every great artist who has ever lived).
3) Hannibal 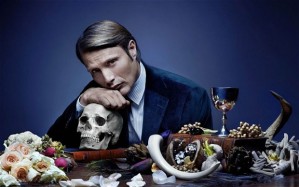 Why I love it
Bryan Fuller’s retelling of the pre-incarceration years of Hannibal Lecter may be one of the most beautifully shot and scored series ever made for American TV. The cast (Mads Mikkelsen, Hugh Dancy, Laurence Fishbourne, Gillian Anderson) is A list, the performances are magnetic and the whole thing just drips with atmosphere.
Guilt level: Realising you’ve shot the wrong Captain Kirk.
There’s an episode in season 2 where Jack Crawford (Laurence Fishbourne) recalls how Will Graham (Hugh Dancy) objected to the name of the FBI’s “Evil Minds Research Museum”. Graham’s objection being that the name glamourizes and mythologises serial killers, making merely mentally ill criminals seem like mystical creatures. No word of a lie, when I heard that line I laughed milk out my nose at the show’s chutzpah, because glamourizing serial killers is Hannibal’s whole raison d’etre. Whether it’s the title character or any one of this universe’s seemingly inexhaustible stable of gimmick based recreational homicide enthusiasts, the series constantly presents serial murderers as terrifyingly brilliant, tortured, beautiful, otherworldly monsters. But, hey, it’s TV. I can look past that. I can also look past the show’s depiction of the seriously suspect practice of criminal profiling as essentially magic, allowing the writers to skip to the next phase of the investigation whenever they feel like it. No, it was around the end of season one when the murders became less “lurid crime scenes” and more “fucking art installation pieces”that I finally realised that this ostensibly VERY SERIOUS show was running on pixie dust and dream logic.

“Our killer just arrived, spent two weeks assembling this and then POOF! He was gone…” 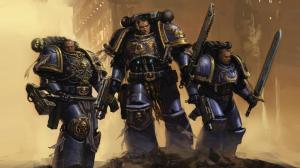 Why I love it
Weirdly, I consider myself a fan of Warhammer 40k despite never actually having played the tabletop game. I’m just a fan of the setting (and I’m also an addict of the tie-in PC game Dawn of War). In the 41st Millennium, the Imperium of Man, a vast despotic empire spanning thousands of worlds, battles enemies on all sides while crumbling under the weight of its own corruption and the malicious influence of the dark gods of Chaos. The Warhammer 40k universe may actually be the grimmest in all of fiction. Take the Tau. They’re an expansionist alien empire base on Imperial Japan, forcibly conquering other alien races and annexing them in service of “The Greater Good”. In any other science fiction setting these would be the bad guys. In 40k, they’re the closest thing to heroes. Then there’s the Eldar, an ancient species so spectacularly racist that they would happily let an entire alien civilization die to save one member of their own, the Orks, who wage massive intergalactic rampages for fun, the Imperium, a ruthlessly xenophovic theocracy that want to murder anyone who’s not human, the Necrons, who want to murder everyone, period, and the Tyranids who want to murder everyone and then eat them. Oh, and then there’s the forces of Chaos. Who are the bad guys.
Guilt level: Recounting your time in the Khmer Rouge to an international tribunal
Because it makes me a massive hypocrite. I’m the guy who’s got a quote on TVTropes “Silly Rabbit, Cynicism is for Kids” page about how the most important and worthwhile thing in fiction is to write something uplifting that doesn’t give in to cynicism and nihilism. And yet, here I am, a fan of probably one of the most nihilistic fictional universes there is. But I can’t help it, it’s just so sumptuously gothic, so meticulously detailed in its awfulness that I can’t help but love it. There’s something about the Imperium especially, basically Gormenghast crossed with the Galactic Empire, that I find incredibly compelling. Lemme tell you, if they ever make a movie based on this, they need to get Terry Gilliam to direct it. 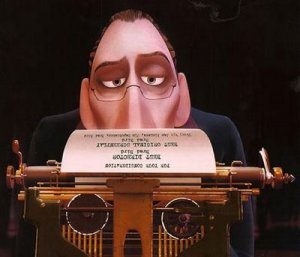 Why I love it
Probably my favourite piece of internet movie criticism, and probably the one that inspired me to begin reviewing movies myself, is Doug Walker’s evisceration of The Legend of the Titanic. I remember thinking that what Doug was doing was almost artistic reclamation, taking a movie that had almost no redeeming features and using it as material to create something hilarious and quite brilliant. I like the idea that any movie, no matter how bad, can be put to good use and made into something entertaining. And let’s be honest, there is just something so satisfying about seeing some piece of hackwork torn apart with a single, withering put down. I don’t really write that many negative reviews myself (of the 65 movies I’ve reviewed only 13 have scored over 50% or lower) but whenever I see a one star review or an F-Grade on the AV Club I am all over that like white on rice.
Guilt level: Hearing that damn heart beat under the floorboards.
‘Cos it’s schadenfreude, pure and simple. Because, at least it part, it’s an act of mockery. And because as a writer I know that getting bad reviews is part and parcel of being a writer, actor, director, successful hotel chain, whatever, and I have no right to be smug. Am I going to stop reading bad reviews? Absolutely not. But as it happens, I’m going to be reviewing several plays in the upcoming Dublin Tiger Fringe and Dublin Theatre Festivals for Meg.ie. And some of those shows I may have to pan. But in the back of my mind I will always be thinking that that could be me. And really, in the interest of fairness, if I’m going to read other people’s bad reviews, they should be able to read mine.
So…enjoy. You vultures.
***
Neil Sharpson aka The Unshaved Mouse is a playwright, blogger and comic book writer living in Dublin. The blog updates with a new animated movie review every second Thursday. He’s also serialising his novel The Hangman’s Daughter with a new chapter every Saturday. Like Unshaved Mouse? Let the good people at the Blog Awards Ireland know what’s what by voting for me HERE.