“Why do they keep making these?!” was the eternal lament of the Disney fan from the mid-nineties to the mid-2000s when the Disney Sequel walked the Earth in all its terrible glory. Couldn’t Disney see that these filthy hack jobs were tarnishing the reputations of the pure and virtuous Disney canon? HAD THEY NOT EYES?! Well, yes, they had eyes. But here’s what they were looking at.

Consider Aladdin. It comes out in the winter of 1992 and it is the mutt’s nuts. Critical darling, instant pop culture icon and oh yes, the biggest box-office of any movie that year, animated or live action. It makes $504 Million dollars on a budget of $28 Million. Which basically means that for every dollar Disney put into Aladdin, they got $18 back. That’s a heck of a return on an investment. That is a good, good day. That is a win.

A few years later, Disney are working on an Aladdin animated series. It’s not an entirely new idea, The Little Mermaid also had a series. But there’s a lot of hype for Aladdin because instead of being a prequel series like Mermaid, this is going to be an actual sequel series where we get to see what our favourite Agrabahns did after the movie. And some bright spark realises that the three episode arc that opens the series actually kinda works as a movie if you squint. So why not release it as a movie? Not in theatres, God no. But maybe direct to video? VHS is super hot right now and Disney movies sell like hot cakes. So why not skip the theatres all together and just go straight to video? You know? Like porn?

Return of Jafar became one of the biggest selling VHSs of all time. It made $300 Million dollars. $300 Million dollars for a movie that never sold a single ticket. On a budget, estimated, to be $3.5 Million dollars. Remember Aladdin’s oh-so-impressive return of 18:1? Jafar had a return of investment of $86 dollars to every dollar.  That’s not a heck of a return. That is market changing. That is paradigm-shifting. That, honestly, is a wee bit scary. So if, for example, you were a huge multinational who cared only for filthy lucre…

“How VERY dare you…”

Then the question becomes, not “Why did they keep making them?” but “Why did they ever stop?” That’s the kind of return that turns executives into junkies, chasing that hit for decades. 86 dollars for every dollar spent. That’s basically free money. This thing was huge.

And when you think about it, it still kinda is. Return of Jafar is without a doubt the only Disney Sequel that’s almost as famous as its prequel. Disney are actually considering a live action remake of Return of Jafar to follow last year’s live action Aladdin. Could you see any of the other sequels being considered for that? 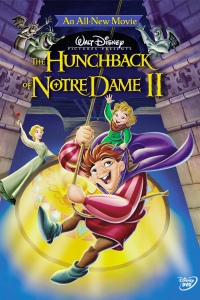 Well yes, but only when I’ve been dosed with fear toxin by the Scarecrow.

Return of Jafar has also been a beneficiary of what I like to call “Space Jam” effect, the sharp divide in critical opinion between people who were already adults when a movie came out and those for whom it was as mother’s milk. Best-selling video of all time, remember? There are a lot of millennials out there with fond memories of this one, and even people who utterly despise the Disney sequels will go to the mat for this one. This one’s good, they’ll say. Leave it alone. He’s with me. Go burn some Tarzan sequels.

But does it deserve that loyalty? Is it actually any good? Well, it’s complicated…