Unshaved Mouse has been nominated for Best Blog Post at the Blog Awards Ireland 2014. Please take a minute to click on this link and vote for me. You can vote once every week. Thanks a million, Mouse.

Sigh. You know, I told myself if I just stuck my head in the sand and pretended that this wasn’t happening everyone involved would gradually realise just how ill advised the whole endeavour is and this movie would quietly die like the sequel to 7even where Morgan Freeman’s character has psychic powers or the live action Akira remake with white actors. But no, this thing is apparently happening and what’s more Disney have released a trailer that proves once and for all that their marketing department is staffed by wizards who can make anything look good. Sorry, that sounds unfair and I know any movie should only be judged after it’s actually been released but…I have serious reservations about this. Now, granted, after seeing the trailer I am a little more optimistic for reasons that I’ll get into in a bit but firstly let me just point out that the basic logic behind this movie is flawed. That logic is as follows:

1) We need to make a movie about a character that people love.

3) We should…what, you want me to spell it out?

Now, Maleficent is undoubtedly a fantastic character but it’s more complicated than that. She is specifically, a fantastic antagonist. Saying that a great villain will make a great leading character is like saying an astronaut is the perfect guy to perform your heart operation. It’s a completely different skill set. Villains, by and large, occupy less screen time than heroes. A villain is someone who you’re glad when they show up, do something outrageous and cool and then vanish again. A good protagonist is someone you have to be willing to spend two hours with. Villains are great in small doses, but the larger than life traits that make them so entertaining tend to get really wearying after too long. Of course, that’s assuming that this movie is just Maleficent as she was depicted in Sleeping Beauty but for two hours. It won’t be. Maleficent in the original doesn’t have an arc, her character progression in the movie is evil, evil, evil, evil, dragon. So of course this movie is instead going to make her an anti-hero, a troubled misunderstood figure whose motivations we will be able to understand and sympathise with through seeing her backstory and all the horrible things that happened to maker her who she is. This approach, historically speaking, has killed more awesome movie villains than cliffs and Arnold Schwarzenegger combined. 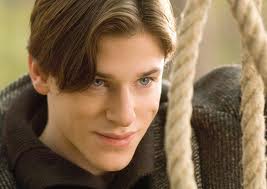 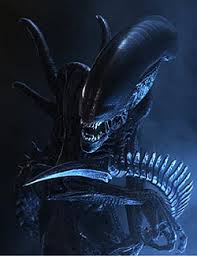 ….became…I don’t even know what the fuck this is.

Now, if I’m wrong I will happily eat my words. I’m just saying I got history on my side. Okay, so let’s take a look at the trailer.

Alright, so here are my thoughts in order.

A green clad  Maleficent strolling through a field. Part of me really hopes that this movie ends with the reveal that Maleficent is actually Girl Loki and that this is all just a teaser for Avengers 3. Hey, they’re both owned by Disney, you can’t say it’s not possible.

Or even that it’s not plausible.

So, colour me cautiously pessimistic. I still think that the basic concept of the movie is fails the smell test but there’s a lot in the trailer to give me pause. I’m certainly less sure now that it’s going to completely suck than I was. So, good job Disney marketing team. Good job. You have moved the dial in the right direction. Now if you could stop making me think that your awesome full length musical returns to form are going to be awful, weak-ass Dreamworks ripoffs, that’d be lovely.