In their book The Illusion of Life (still the Bible of animation 35 years after it was written), Disney legends Ollie Johnston and Frank Thomas set out 12 principles of animation. The first and most important of these is called “Squash and Stretch”. Basically, it boils down to this: In animation, a form can change shape, but never volume. Observing this rule gives characters weight and solidity, and allows your brain to forget that you’re just watching a flat two dimensional image. As long as the character observes the same rules as an object in the physical universe, the brain perceives it as an object in the physical universe. In essence, it becomes real.

This rule was, for a long time, a hard barrier for computer animation. Early CGI could create solid three dimensional looking objects no problem, but they were always static. Rigid. To give the illusion of a living thing, an image has to not only be able to move but to change its shape while keeping its volume consistent and trying to do that with CGI in the early days would invariably cause any computer to throw up its hands in frustration and get back to plotting the enslavement of all mankind.  All that changed in 1984. Well, not the plotting enslavement thing. They’re still doing that. 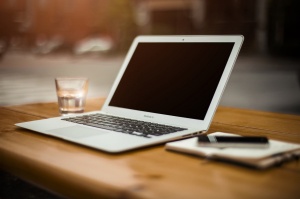 So in 1984, Lucasfilm had a subdivison called The Graphics Group, a group of computer scientists who had been recruited out of NYIT by George Lucas, who had decided that computer generated imagery might be useful in creating special effects. 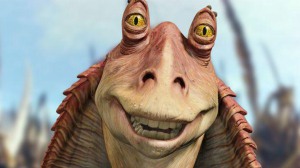 As sentences laden with prophetic doom go, that’s right up there with “That night, Alois Hitler decided not to bother with a condom.”

The Graphics Group decided to create a short to demonstrate that CGI could compete with traditional animation. And when I say “short”, I mean “short“. This thing clocks in at a whopping 86 seconds.

Okay, so you’re probably not exactly scooping your jaws off the floor but trust me, in 1984 this was hot stuff. The plot, such as it is, has André, a white, fez-wearing…thing, waking up in a forest. He finds himself face to face with Wally B, a bee, who decides he’s going to sting him just cause. Andre don’t want none a that, so he distracts Wally, and tears off through the forest. Wally catches him, stings him, and then André throws his fez at him. FIN.

Very simple stuff, but then this is, like the last short we looked at, as much a technical demonstration as it is a cartoon. One thing that really strikes me is that, for all it’s slick, shiny, CGI newness, this is a short with a clear sense of reference to and continuity with classic animation. André’s design is not at all dissimilar to early Fleischer characters.

And of course, his raspy laugh is pure Donald Duck.

But honestly, if that was all there was to it, I probably wouldn’t have bothered reviewing it. So why did I? Well, shortly after the short was made, the Graphics Group was sold by George Lucas to Steve Jobs and became a company in its own right. They group designed and sold a specialised computer to be used in medical research while creating short, CGI animated advertisements for various corporations, all with the goal of making the first, fully CGI feature film.

When the time came to pick a name for the company, they named it after the computer, the Pixar.

“And now you know the rest of the story.”

Leave a Reply to The Animation Commendation Cancel reply