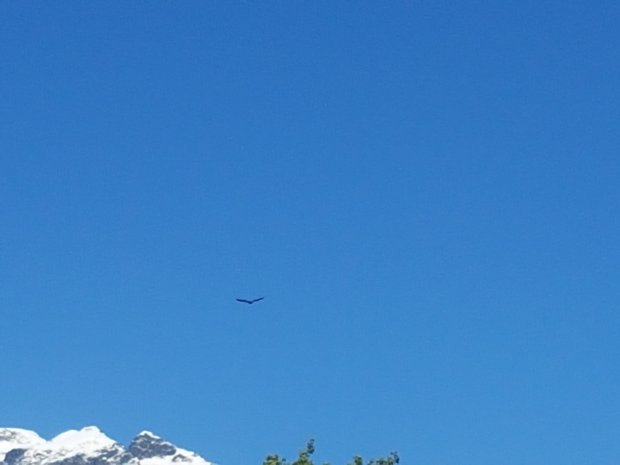 Today I saw a bald eagle and it was so goddamned majestic I almost puked.

Today was also the first rehearsal of my own play The Caspian Sea which I only now realise I haven’t told you anything about. It’s about…no, you know what? I’m tired, let me just get a programme.

This is a play I’ve been working on, on and off, for six years. It’s a dense, wordy thing with a shit ton of world-building and I’ve never really been sure to what extent it works. Guess that’s why I’m here. Kim Estes, who was meant to play the main part of Nikolai South, was unfortunately delayed so instead his part will be played by Mark Robokoff, a wonderful actor from Anchorage. I really lucked out with this cast. They’re all incredibly talented and more importantly, great humans. I think we’re in good shape.

After that was my second monologue workshop, this time with Frank Collison. Frank’s a fantastic actor who’s appeared in Doctor Quinn Medicine Woman and Twin Peaks but he’s also married to Laura so he didn’t change anything about my monologue because Laura already has it how she wants it and Frank Collison is no fool.

Today I attended my first playreading where I wasn’t also acting and got to enjoy Arthur Jolly’s The Lady Demands Satisfaction which is a farce that is so funny the Joker could weaponise it.

This evening’s play was Spikes by Schatzie Schafers which is about the Enron scandal and how it destroyed the lives of ordinary Californians in retaliation for their state’s pricing policies. It’s an excellent piece but enraging and bleak as hell.

I heard someone behind me saying “I sure hope there are some comedies coming up.”