I say “Dracula”, and chances are that what springs to mind is Bela Lugosi saying “I vant to suck your blood”. I say “Frankenstein” and you immediately picture the flat head, the bolts and Colin Clive screaming “It’s alive! Alive!”. These adaptations, eighty odd years after they were first released, are still two of the most influential films ever made in terms of shaping the pop culture of the Western world. And if you haven’t seen them, you tend to assume, as I did, that they’re roughly equal in quality, right?

There will, I assume, be close fought matches in this series. There will be near draws. There will be nail-biters. But this will not be one of them. Team Bolts is walking away with this one, I’m afraid. Frankenstein is a true classic, one of the best movies to come out of Holywood in the  thirties and a strong contender for the best horror film of all time if it weren’t for the fact that its sequel is somehow better still.

But since this is the first installment in this series, let’s take a look at the source materials.

The two novels of Frankenstein and Dracula had an inverted history. When Frankenstein was first released in 1814 it was a huge financial success but only a middling critical one, and when Shelley’s gender was publicly revealed (the first edition had been published anonymously) many critics simply dismissed it out of hand. As the British Critic noted “The writer of it is, we understand, a female; this is an aggravation of that which is the prevailing fault of the novel; but if our authoress can forget the gentleness of her sex, it is no reason why we should; and we shall therefore dismiss the novel without further comment.“

Contrast that with Dracula, which was published in 1897 to numerous critical tonguebaths but with very few people actually reading the darn thing. FW Murnau’s unlicenced adaptation, Nosferatu (and the subsequent lawsuit by Stoker’s widow), raised the novel’s profile and by the time Dracula ’31 came out it was a full on cultural phenomenon and has never been out of print.

As decades went by, their positions in terms of critical approval more or less flipped. Frankenstein is now lauded as a masterpiece of Gothic and Romantic literature, a milestone in women’s literature, the original science fiction novel and a genuine work of art.

And Dracula is the one that’s actually enjoyable to read.

Sorry. Frankenstein is a classic but God it’s a slog at times. Particularly any time the monster is narrating.

Yes, yes. You’re an abomination abandoned by your creator forever denied the love and companionship of a humanity which is now rendered hateful to you by their fear and cruelty I GET IT.

Both movies diverge pretty substantially from their source materials, but Dracula mostly streamlines whereas Frankenstein is telling its own story using Shelley’s novel as a vague outline.

Dracula, like all adaptations of this book, has to deal with what we will call the Too Many Dudes problem. The novel has a bad case of Too Many Dudes. You have Johnathan Harker, the upstanding British fiancée of Mina Murray, Lord Arthur Holmwood, the upstanding British fiancée of Lucy Westenra, Quincey Morris, the upstanding Texan suitor of Lucy Westenra and Doctor Jack Seward, suitor of Lucy Westenra and asylum runner, who is upstanding and British. That’s a lot of dudes, and there’s a lot of overlap, which is why virtually all film and stage adaptations smush the dudes, collapsing their characters into a more manageable number. Dracula manages this rather inventively by giving Renfield the role of Jonathan Harker, making Seward the father of Mina instead of her suitor, and having Lucy Westenra (renamed Weston) go from having three fianceés to having none. 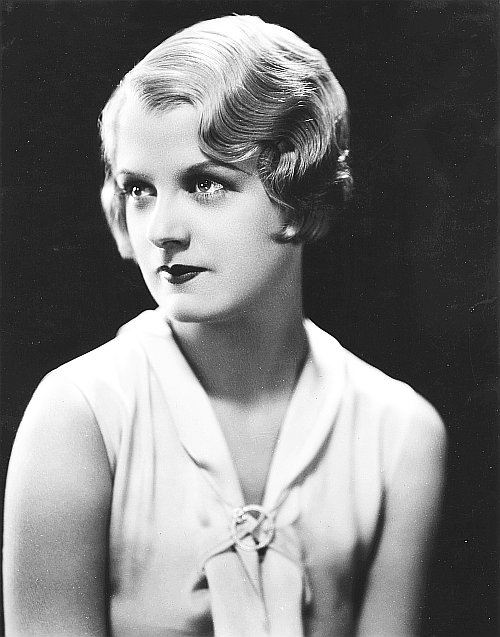 As for Frankenstein, its similarities to the novel pretty much begin and end with the fact that they both have a dude named Frankenstein (Victor in the novel, Henry in the movie) who makes a monster out of body parts. Everything else (apart from a few scenes lifted from the novel) of the basic plot including the fates of both Frankenstein and the monster, and how the creature was actually created, are markedly different. It’s definitely not a faithful adaptation, but it’s by far the superior film.

There’s a reason Bela Lugosi’s portrayal of the count is still the character’s default setting, he’s hugely watchable in the role and has immense charisma. But that’s not always the same thing as giving a good performance. Lugosi had already played Dracula in a hugely successful stage version and his performance is very big, like he’s making sure the peanut gallery is getting its nickel’s worth. The movie was actually heavily based on the stage play which is its second biggest problem, it looks more like a filmed play than a movie and it drags like hell. It’s first biggest problem is that director Tod Browning was in an alcoholic depression throughout the entire production and the movie was essentially directed by cinematographer Karl Freund. And while I’m grateful to Lugosi’s camp theatrics for enlivening an otherwise appallingly boring movie, there’s really no comparison between him and Karloff. Let me put it this way. This is Lugosi:

And this is Karloff.

Boris Karloff as the monster is just phenomenal. Arresting. Magnetic. Absolutely masterful. Unfortunately, while Lugosi got to play the monster in 1943’s Frankenstein Meets the Wolfman, we never got to see Karloff’s take on Dracula. However, if you want an idea of what that would have been like, check out 1932s The Mummy. It’s basically an Egyptian-themed remake of Dracula with Karloff in the lead role and is far, far better.

I don’t have the space here to go into each and every actor in these two full length movies. They’re Hollywood stars from the thirties so just take it as read that they were all married an average of five times and died terribly young due to either tuberculosis or the demon drink.

A stand out in both casts is Dwight Frye, who plays both Renfield in Dracula and Fritz the proto-Igor in Frankenstein. In Dracula, there’s no contest, Frye just blows everyone else out of the water. If Dracula retains even a shred of genuine menace if the modern era its down to Frye’s hissing, maniacal Renfield. He’s also a standout in Frankenstein but there he’s up against much stiffer competition, not only from Karloff but from Colin Clive’s mesmerising performance as Henry Frankenstein. Yes, the “It’s alive! Alive!” scene has been memed and parodied far beyond the point of being able to take it seriously but he gives a wonderfully intense and sympathetic performance of a man made a slave by his own obsession.

Are either of these movies actually, y’know, scary?

Alright, let’s be honest. It’s a rare pre-sixties horror movie that can still scare a modern audience (Nosferatu being a personal exception) and neither Frankenstein nor Dracula are going to keep anyone over seven years old up at night. Surprisingly, I think this is one category where Bats comes out on top and that’s all entirely due to Dwight Frye. There’s one moment I do find genuinely chilling. As the English port workers search the Demeter, which is now a coffin ship, they find one living soul aboard. They open the hatch and Renfield stands bathed in light, grinning madly up at them.

And he looks so happy.

For scariest moment in Frankenstein I’ll go with the first proper look we get at the monster. Karloff’s performance is so compelling you could almost believe you’re looking at something half dead and half alive.

Bats squeaks out a narrow win here again, with Dracula having a slightly more quotable screenplay than Frankenstein. I do love the “I never drink. Wine.” line, but instead I’m going with:

“A red mist spread over the lawn, coming on like a flame of fire! And then he parted it, and I could see that there were thousands of rats, with their eyes blazing red, like his, only smaller. Then he held up his hand, and they all stopped, and I thought he seemed to be saying: “Rats! Rats! Rats! Thousands! Millions of them! All red-blood! All these will I give you! If you will obey me!””

For Frankenstein, (because “IT’S ALIVE” would make me the most basic bitch imaginable) I choose:

Hmmm, that leaves Bolts with a 3/2 victory over Bats, which really does not reflect the relative quality of these two films. Looks like I’m going to have to invent a new category on the fly.

Young Frankenstein versus Dracula: Dead and Loving It? Jesus, talk about a bloodbath.

WINNER: BOLTS BY A FRICKIN’ MILE