Wirt sings a song that’s officially known in the credits as “Wirt’s Terrible Song” which is a tad cruel to Elijah Wood who had to improvise it, explaining what he and Greg are doing in the Unknown. The tavern patrons then decide that Wirt is actually The Pilgrim, a noble hero on a sacred quest. Greg regales the rapt tavern patrons with tales of Wirt’s great deeds like tripping up a gorilla but when the boys tell them about the Woodsman and the Beast, the patrons go quiet and tell them that the Woodsman is The Beast.

Wirt doesn’t believe that, saying that the Woodsman gave them directions to avoid the Beast and the Tavern Keeper notes that they can’t have been very good directions because they’re now lost. She tells Wirt that “whosoever carries the Lantern must be the Beast”. Just then, they hear Beatrice scream and Wirt and Greg jump on the horse and ride into the forest to save her.

In the forest they find Beatrice lying unconscious and the Woodsman standing over her. Wirt realises that the Woodsman was trying to turn her into an Edelwood tree and the Tavern Keeper was right about the Woodsman being the Beast. He distracts the Woodsman by getting the horse to kick the lantern out of his hand and the boys grab Beatrice and ride off into the night.

Beatrice wakes up and tells the boys that she was startled by a strange shadow and flew into a tree. Greg excitedly tells her that Wirt was a hero and she says that’s all very well but he was supposed to get directions. Wirt proudly says that he did, from Fred. The horse. Who can apparently talk.

Back at the Edelwood tree, a mysterious shadowy figure notes that the Woodsman is running out of oil asks him if he wants to give him the lantern for a while.

The Woodsman furiously refuses, and the figure calmly reminds him that he must keep the lantern lit lest his daughter’s spirit goes out.

“Now” he says. “What way did those children go?”

How was it?: After the light, frothy Schooltown Follies, episode 4 is the darkest episode thus far, both literally and tonally. It’s also a very important episode in terms of the lore of the series. We learn that Wirt and Greg are half brothers, and also some very important details as to what the Beast is up to and his relationship with the Woodsman, the lantern and the Edelwood trees. This episode also sees Wirt undergoing major character growth and becoming downright heroic towards the end. Fittingly, given the title, the episode has more songs than any other and they’re all pretty great with the exception of Wirt’s Terrible Song which at least lets you know what you’re in for up front.

Can I see some references?: Maybe the most reference heavy episode in the series. The whole premise of patrons huddled in a colonial era tavern signing songs about the monster outside in the wood instantly brings to mind Disney’s version of The Legend of Sleepy Hollow. The Tavern Keeper’s design and voice are both clear references to Betty Boop. Continuing with the Fleischer theme, the Highway Man’s dance is lifted from Cab Calloway’s rotoscoped moves in Minnie the Moocher. I also kinda feel that the scene of the Highway Man watching the trio from the window of the Dark Lantern Tavern might be a reference to a similar scene in The Rocky Horror Picture Show. 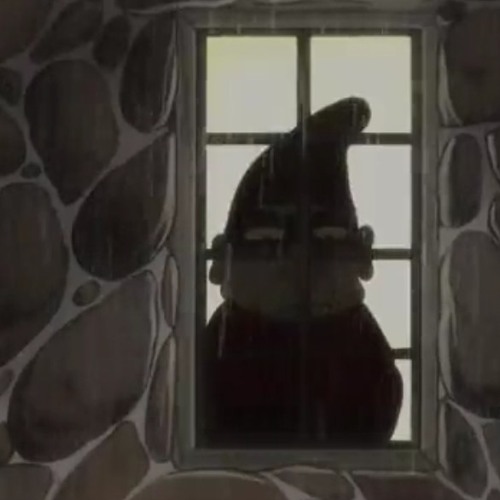 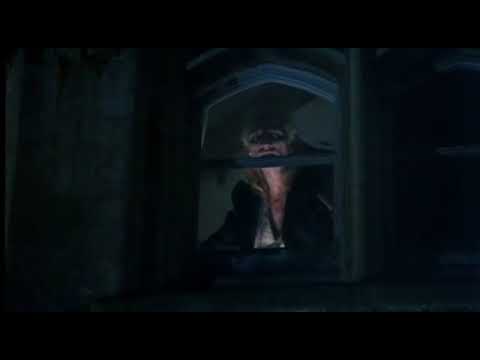 Probably a coincidence, but then Tim Curry was cast in this series so it might have been intentional. Oh, and speaking of things I can’t possible prove and have no source to substantiate; I can’t shake the feeling that the Toymaker with his thin reedy voice is a reference to the children’s song singer Burl Ives. 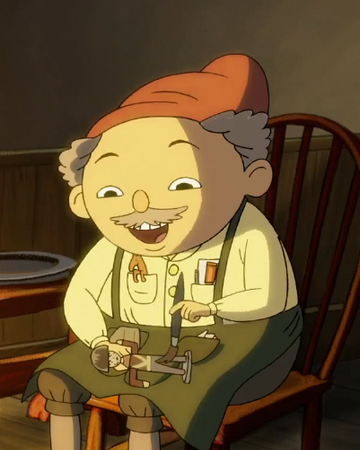 I dunno. Listen to them both and tell me if I’m crazy.

EDIT: Since some readers seen to be having trouble viewing the second video, here’s the link https://youtu.be/42HzdD1MG04