Whispers asks Lorna if anyone has visited the house because she can smell children. Lorna lies and says that there are none, but Whispers uses a magical bell to force Lorna to tell her the truth. Lorna tells her that they’re in the basket but when Whispers goes to look she only sees the turtles and assumes they were what Lorna was talking about. She thentells Lorna to sort the bones “of those who have previously been devoured” and goes off to bed, taking the bell with her.  The boys come out and Lorna explains that Auntie Whispers keeps her working constantly so that she doesn’t “succumb to wickedness” and Wirt says that’s super sketch because it is indeed super sketch. He offers to help her get her chores done quicker so that she can then escape…which I can’t believe it’s taken me this many rewatches to realise that that makes no sense.

If Lorna is ready to escape, surely they can just go? What’s the point of staying, doing all the chores and then escaping? Good etiquette?  Well anyway, while Wirt and Lorna work to clean the house and blush at one another from across the room like a couple of cuttlefish, Greg goes wandering upstairs and wakes up Auntie Whispers who chases him down the stairs. The children lock themselves in the cellar while Auntie Whispers howls that they will soon be eaten alive. Wirt and Greg turn to look at Lorna and OH GOD… 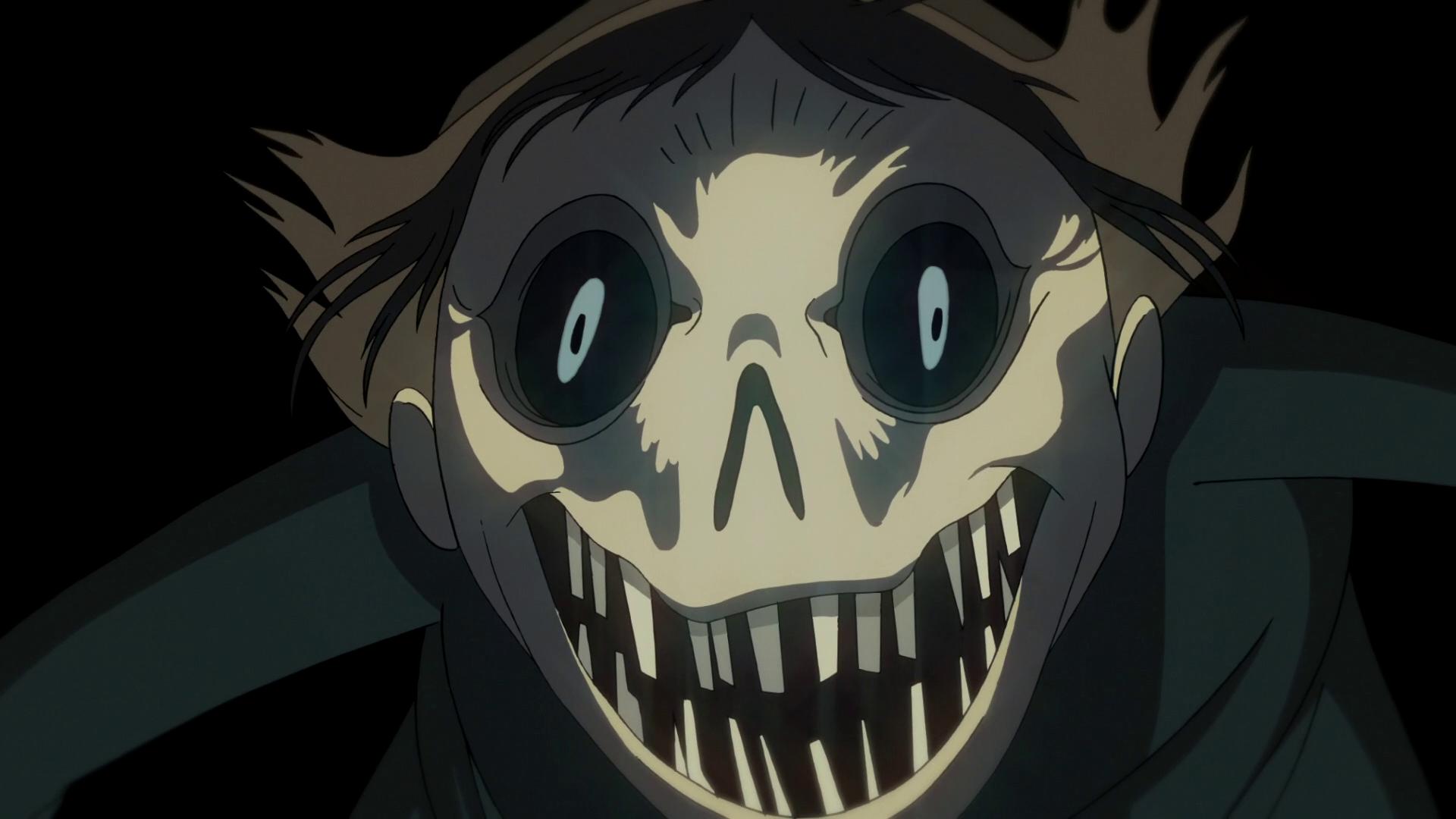 Yes, it turns out Lorna really does have an evil spirit and Auntie Whispers really was making her do all that housework to keep the demon under control. Just when it looks like the Gregettes are about to be eaten alive, Greg reveals that the Frog ate Auntie Whispers’ bell. Wirt shakes the Frog, which rings the bell, which gives him control over the demon, who Wirt orders to leave Lorna’s body, freeing her forever.

Auntie Whispers and Lorna tearfully reunite and Auntie Whispers says that she’s glad Lorna is now cured but regrets that Lorna is going to leave her now. But Lorna says that Whispers is her only family and of course she’ll stay with her and I’m sorry WHAT?

Auntie Whispers could have cured Lorna at any time. We all agree on that? But INSTEAD, she used the bell to keep working her 24/7 while leaving the demon still in her where it could (and did!) eat any passers by who wandered in. Now, granted, it was probably only a few people…

JESUS. Bitch had a higher body count than the Khmer Rouge.

Any, with Wirt firmly convinced that this not a family he wants to marry into the Gregettes continue on their way. Wirt admits to Greg that he doesn’t have a plan and doesn’t know where they’re going.

How was it?: The Ringing of the Bell is without a doubt the scariest episode of the whole series and does a great job subverting your expectations. By having Whispers and Lorna dress and speak like Puritans, we’re primed to view Lorna’s “demon” as simply her burgeoning sexuality which Auntie Whispers is ruthlessly working to suppress. Until the point where the cartoon says “No, literal demon. Why, what did you think we meant?”. It’s clever. Less clever are the logical plotholes like why they choose to stay and do the chores if they’re already planning on escaping, or why Lorna doesn’t even try to explain to Wirt what her deal actually is. It’s perhaps less polished than some of the other scripts but I’d be lying if I said it wasn’t one of my favourites, and that’s mostly down to:

Holy Crap, that sounds like…: TIM CURRY giving a very un-Tim Curry but utterly hilarious and memorable performance as Auntie Whispers. This was (I believe) Curry’s first voice work after suffering a stroke and it’s not entirely clear how much of his performance was affected by it but…damn it, he’s perfect.

Can I see some references?: Auntie Whispers: Baba Yaga from Slavic folklore, the giant from the Jack and the Beanstalk and the Witch Yubaba from Spirited Away. Lorna is named for Lorna Doone.

This frog’s name is: Doctor Cucumber, and congratulations to him for getting his medical degree.