Woke up today to learn that there was a review of When the Sparrow Falls on Publisher’s Weekly! 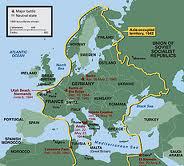 “Only if you believe the BIBLE OF MY INDUSTRY.”

“Sharpson’s provocative debut, adapted from his play The Caspian Sea, takes readers to the early 23rd-century Caspian Republic, an authoritarian nation-state reminiscent of Cold War–era Eastern Europe, where the remnants of pure humanity hold out against an artificial intelligence-controlled world. When a popular Caspian journalist dies and is discovered to have been an AI in disguise, his estranged AI wife, Lily, is dispatched from the outside world to identify the body. Nikolai South, a long-serving, unambitious State Security agent for the Republic is assigned as Lily’s liaison, only to be rocked by her uncanny resemblance to his own late wife. During their time together, South must determine if Lily is involved in a plan to smuggle digitally converted human consciousnesses out of the Republic—and along the way, he becomes caught between warring intelligence agencies and learns dark truths about the Republic’s origins. Sharpson skillfully evokes an atmosphere of paranoia, duplicity, and secrecy, while using the conflict between humans and AIs to probe themes of self-awareness, identity, and memory. As Sharpson pushes the narrative beyond South’s present and into an increasingly messy future, he showcases the untenable nature of the Caspian Republic and its corrupt framework. The result is a thoughtful sci-fi thriller that skillfully blends a retro spy aesthetic with future technology.”

“Nobody cares, when are you reviewing Raya?”

“When Disney + stops asking for my bone marrow in payment.”