(DISCLAIMER: All images and footage used below are property of their respective companies unless stated otherwise. I do not claim ownership of this material. New to the blog? Start at the start with Snow White.)
I sometimes get asked for advice on writing by desperate people who’ve got nothing left to lose and I usually give them some pap about being true to your art and letting the story flow naturally and blah blah blah. If I was honest, there’s really only one rule with writing; “It’s not what you do, it’s how you do it.” Trite? Yes. Cliché? Absolutely. But also true.
I feel I owe you all an apology. Last time I tore into From Up on Poppy Hill because of its story problems, it’s lack of payoff, its glacial pacing. And it has all of those things. But this is the truth of the matter: I watched that movie and had an emotional reaction to it. I didn’t like it. And then I used those problems I mentioned before as justification for why I didn’t like it, both to myself and to you. And this is not just me. Every critic does this. We have subjective, emotional, often illogical reactions to movies and then use film theory to present those reactions as objective, dispassionate and perfectly sound. This doesn’t mean that From Up On Poppy Hill is a good movie, it just means that when I depict the movie as being bad because it breaks Law X of good screenwriting I’m being disingenuous. On the most fundamental level, I didn’t like it because I didn’t like it.
This was brought home to me rather powerfully by today’s movie, Tokyo Godfathers. This movie breaks two rules that are supposed to be pretty ironclad. Firstly, the action of the plot is largely driven by coincidence. Secondly, the ending only misses out on being a literal deus ex machina because it doesn’t involve a machine. And yet, it works. It really works. It works like German ants.
This the third of only four moves directed by the legendary Satoshi Kon before his tragic death from pancreatic cancer at the age of 46. I haven’t seen any of the others (although after seeing this you can bet your left buttock I am going to check them out). Even more unusually, each film in Kon’s tiny filmography seems to be wildly different from the others; Perfect Blue is a psychological thriller, Paprika is concept-heavy sci-fi,  Millennium Actress is a time-travel historical romance and Tokyo Godfathers is a straightforward caper movie. I went into this movie fore-warned that Kon was the “David Lynch of animé”, an idea that seems to promise weirdness so potent that even staring at it would drive you to gibbering madness. Tokyo Godfathers is most definitely not the movie that I expected. It’s actually one of the least alienating and most accessible animé movies I’ve ever seen, which is impressive as my DVD has no English dub and I watched this one in subtitled Japanese. The story is actually grounded enough that there’s really no reason the movie couldn’t have been made as a live action feature (although we would have been missing out on some fantastic animation if it had been).

END_OF_DOCUMENT_TOKEN_TO_BE_REPLACED

Remember how, ages ago, I did that list of my favourite non-Disney animated movies? Yeah, that list is probably due an update. There are so many fantastic films that I’ve discovered or re-discovered since then: Coraline, Prince of Egypt and of course Princess Mononoke. Still the highest scoring animated movie I’ve ever reviewed on this blog (or tied for first place if you count Who Framed Roger Rabbit). So when I was asked to review From Up On Poppy Hill, another Studio Ghibli film by Miyazaki that I’d never even heard of I was pumped. 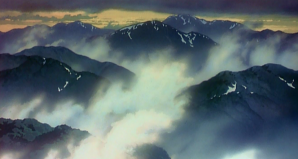 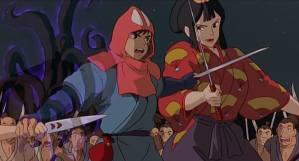 So this is the 17th Studio Ghibli film, released in 2011 after Arrietty and before Miyazaki’s final film as director, The Wind Rises. Aaaand that’s about as much as I know about it. I’m going into this one completely cold.
I mean, c’mon. What else do I need to know? It’s a Studio Ghibli film directed by Miyazaki. The only question is; Great Movie or the Greatest Movie? Let’s take a look.

END_OF_DOCUMENT_TOKEN_TO_BE_REPLACED

(DISCLAIMER: This blog is not for profit. All images and footage used below are property of their respective companies unless stated otherwise. I do not claim ownership of this material. New to the blog? Start at the start with Snow White.)
When it received a limited release in US theatres in 1988, Akira was by no means the first exposure Americans had had to Japanese animation. Animé had a small but continuos presence on American television screens since at least Astro Boy in the early sixties. But it’s undoubtedly true that no one in the West had ever seen anything like this movie before. Shows like Astro Boy, Battle of the Planets and Kimba the White Lion were exported to the West because they were children’s shows, and they fit into Western perceptions of animation as being entertainment for the man cubs. Darker, more mature animé for adult audiences simply did not have a market outside of Japan, and in fact even Akira only received a limited release after Stephen Spielberg and George Lucas passed on it, considering it “unmarketable” to American audiences.  While there had been a fandom for Japanese animation in the States since at least the seventies, Akira was a seismic event, massively swelling the ranks of fans in the US and other Western nations and hugely increasing the genre’s visibility in mainstream pop culture. Why? Well, the animation for starters. Over a quarter of a century later and it’s still one of the greatest technical achievements in cel-animation ever drawn. It’s jaw-dropping. When fans of animé want to induct new members into the church, Akira is more often than not the movie they reach for. Now, I know I’ve already reviewed one animé movie on this blog before, but honestly Studio Ghibli are very much their own little sub-genre with very distinctive tropes and styles that don’t really hold true for the rest of animé. Akira is much closer to what people picture when they hear the word “animé”, which is not surprising given how big a role it played in shaping the genre. With that in mind, and since this is a blog usually devoted to Western animation, now is probably a good place to talk about animé in general and address some of the more common questions.
“Manga”, “Animé”, what’s the diff?
Short version: Manga is comics, Animé is animation. The two industries are much more closely linked than in the West. Many comicbook writers work in animation and vice versa, and the director of Akira was no exception, the movie actually being Katsuhiro Otomo’s adapation of his own manga series.
Why does everyone in animé look white and how guilty should I feel about it?
All animé owes a debt to the work of Osamu Tezuka, the creator of Astro Boy. Tezuka’s was hugely influenced by Western animators like the Fleischer Brothers and of course Walt Disney.

“Did you really think you could escape me?”

END_OF_DOCUMENT_TOKEN_TO_BE_REPLACED

(DISCLAIMER: This blog is not for profit. All images and footage used below are property of their respective companies unless stated otherwise. I do not claim ownership of this material. New to the blog? Start at the start with Snow White.)
Alright, let’s deal with the elephant in the room, shall we?
I watched the dubbed version.

Yes. Yes. Yes. Illiterate. Ignoramus. Buffoon. Yada yada yada. Look, to a certain degree I sympathise. When it comes to live action movies, I cannot STAND dubbing. Der Untergang is one of my favourite films and if you ever suggested watching it in anything other than the original German, I’d accuse you of being the first person to ever talk about Der Untergang who was actually worse than the main character. But that’s for live action. Animation is slightly different. One of my big problems with dubbing over live action is that even when the characters are outside in a forest or whatever the voices coming out of their mouths always sound like they’re in a recording booth. Which of course, they are. Also, you just can’t make the lip movements synch up, it’s just not possible. With an animated film, however, everyone, original voice actors and unwashed gaijin alike are in a recording booth anyway so it doesn’t matter. It’s also easier to make the lip movements more closely approximate the new language in animation. So basically, when it comes to animé, subbed or dubbed, I’m easy. For Princess Mononoke I’m reviewing the dubbed version for the following reasons:
I’m not arguing for the superiority of the dubbed version over the original Japanese, or vice versa. What I’m saying is; it doesn’t matter. Watch either. Watch both. This movie is so damn good it will not make a lick of difference.
Monoke-Hime “The Spirit Princess” was released in Japan in 1997 and almost immediately became the most successful Japanese film of all time against a budget of 2 billion yen (aka around $20 million dollars or a third of what it cost to make Foodfight!). Following that, Miramax, a tentacle of the vast Disney octopus, purchased the rights for distribution in the West. Now, it’s a tired old truism that the big difference between animation in Japan and in the West is that here, animation is seen as being “just for kids” and I really hope we can put that one to rest finally. No, animation in the West is no longer seen as being children’s entertainment. The most successful television show in American history is The Simpsons. The airwaves are full of animated series specifically marketed towards adults. South Park: Bigger, Longer and Uncutwas one of the biggest grossing movie musicals of all time. It’s done. Grown ups watch cartoons now. War is over.  If you want it. Having said that, it’s certainly true that animé can be…well, pretty shocking to Western audiences used to animation being almost totally comedic. Animé is into some messed up shit quite frankly, and I’m not even talking about their lax stance on schoolgirl/tentacle relationships. There is an intensity to the violence and body horror in animé that’s like nothing you’d see in Western entertainment. Which, of course, is why it’s so popular here. Even Miyazaki, who is about as far as you can get from Fist of the Northstar, can serve you up some pretty disturbing imagery and Mononoke is probably the darkest movie in his filmography (I’ve heard Nausicaa of the Valley of the Wind is even darker but I haven’t seen it yet). We got decapitations, monstrous transformations, severed limbs, giant bleeding boars turning into worm monsters of pure hatred and all kinds of dark horror that Disney just doesn’t do.
Ahem. Anymore.

So legendary Miramax producer Harvey Weinstein wanted to make heavy cuts to the movie to have it more in keeping with American expectations for a full length animated film. Studio Ghibli’s response was simple and eloquent, sending Weinstein a katana sword with a note saying “NO CUTS!”. It’s my blog, so I will add to the story that it was delivered to Weinstein’s room in the dead of night by a ninja weeping a single tear as he crouched silhouetted in a window while behind him, cherry blossoms fell in the moonlight. But of course, the sword was probably just delivered by some FedEx guy (ah, the days before 9/11). Weinsten got the message and the film was released without cuts, thereby ensuring that Studio Ghibli did not have to take things to the next stage.

Miyazaki may well be the greatest animation director who has ever lived. Princess Mononoke is widely considered his greatest work. Just how good is that? And can I actually make any jokes about a movie this excellent? And will you actually laugh at them?