There are so many different places you could start with a review of Black Panther. I could go heavy and political, exploring the importance of the most famous black superhero in these troubled times. I could go historical, discussing how the character was conceived and developed over the decades. Or I could go personal, explaining how I personally discovered the character.

Instead, let’s talk about Batman.

Batman was created in the Golden Age of comics, where many of the genre’s tropes and visual languages were codified. And the Silver Age that followed was in many ways the second draft of the superhero genre, where the old characters were taken and what worked was enhanced and what didn’t work was discarded.

With the obvious exception of the Original Human Torch, who was perfect in the sight of God.

Often, this was quite literal. The Silver Age at DC saw new versions of the Flash and Green Lantern that were basically the same as their Golden Age counterparts but with some of the clunkier aspects of them sanded down. And as a Golden Age character, Batman definitely has some aspects that could be troubling.

Look, I love Batman. Don’t get me wrong. One of the greatest superheroes ever created. But, as I’m hardly the first one to notice, the image of a billionaire WASP donning a bat costume to beat the ever-living tar out of the city’s poor and disenfranchised with the tacit blessing of the police can be a difficult sell. It’s not an insurmountable problem, by any means and many different writers have found different ways to deal with it.  Grant Morrison largely keeps Batman away from muggers and car-jackers and has him mostly fighting crazed supervillains. Other writers emphasise that Bruce Wayne isn’t just helping Gotham by being Batman but also contributes hugely to the city with his humanitarian work. And Frank Miller just shrugs and says “Yeah, he’s a fascist, whadyagonna do?”

But still, that’s always going to be an issue with the character that has to be dealt with. And I would argue that the second draft of Batman that addressed these problems wasn’t created at DC at all, but at Marvel. Actually, scratch that. Marvel didn’t make an improved Batman. They made three:

Okay, he’s Batman, but instead of being a rich kid raised by his butler he was a dirt poor Irish Catholic boy with a hardscrabble working class upbringing in the roughest neighbourhood in New York who had to put himself through law school despite being blind. 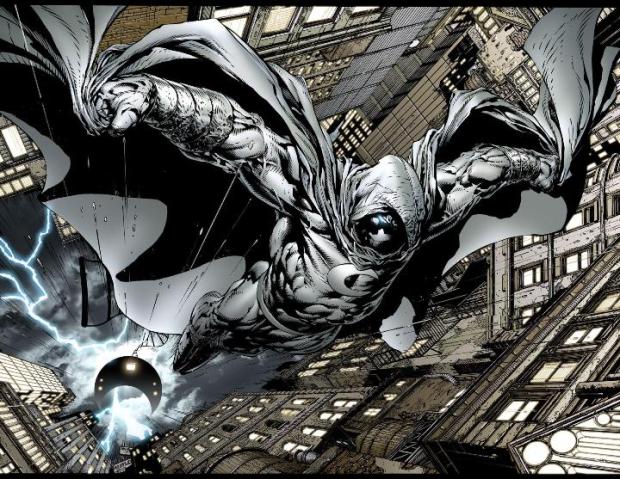 Okay, he’s Batman. But he’s black. And smarter. And richer. And a king.

Like the Golden Age that preceded it, the Silver Age was initially whiter than white. But even in the early days at Marvel you can see a recognition of this and the halting, occasionally cringe-worthy but always well-motived attempts by Stan Lee and his co-creators to open up their fledgling universe to non-white characters. And undoubtedly their greatest achievement in this regard was the introduction to the Marvel universe of T’Challa, the Black Panther and the King of Wakanda.

T’Challa first appeared in Fantastic Four #52 where Reed Richards and his family are invited to the mysterious African Nation of Wakanda by its equally mysterious king. The FF consistently underestimate the technology and skill of the Wakandans until they are faced with the mysterious Black Panther who manages to best one of the most powerful superhero teams in the world single-handed. Then, the Black Panther reveals himself to be T’Challa, and explains that he had to lure them to Wakanda to test his abilities against them. This first story, I think, encapsulates what’s made the character so enduring:

He’s kind of a dick.

Which doesn’t sound like a selling point, but hear me out. Too often, when white creators are trying to create positive black characters they make them a little too um…what’s the word I’m looking for?

Like, really friendly, eager to please, completely unthreatening and ready to lay their lives down for whitey at a moment’s notice.

Black Panther is very much not that. He may be a good guy, but he’s not your good guy. He has his own mission and agenda which is protecting Wakanda. If your agenda and his align, great. If not, he will not hesitate for a second to slit your throat if that’s what it takes to keep his people safe. He’s aloof, unknowable, one of the three of four smartest human beings on the planet, and you can never quite be sure how much you can trust him. He is a black man who is the hero of his own story, not a supporting character in someone else’s.

If there was any doubt that there was a real hunger for this kind of character, then the roaring rampage this thing cut through the global box office put it to rest. No MCU movie has flopped…

No MCU movie that counts has flopped and most of them have been big hits. Some of them have been massive hits. But Black Panther was a full on cultural event. Dialogue and characters from this movie saturated the pop culture. Athletes started dressing in Wakanda inspired outfits and making the Wakandan salute. Schools and churches organised trips to see it and some commentators compared its release to cultural touchstones like Martin Luther King’s I Have a Dream speech and the election of Obama and okay guys, c’mon. It’s just a movie. But, after all the fanfare and thinkpieces, does the movie hold up? This looks like a job for an opinionated white guy on the internet! Let’s do this.