Here’s a recommendation for you if you like vampire stories (and, since you’re reading this post I’m going to assume that you’re at least on cordial terms with them): Kim Newman’s Anno Dracula series. The first novel is set in an alternate universe where Dracula succeeded in bringing vampirism to Britain, married Queen Victoria and has become the Prince Consort. The rest of the books detail the history of this alternate Earth where vampires are everywhere with virtually every literary and historical character that Newman could think of nodding their head in at some point or other.

The fourth book in the series, Johnny Alucard, begins in the 1970s where Francis Ford Coppola is in Romania filming a biography of Dracula, who is dead by this point (or is he? Ooooooooooooooh). The whole joke is that the filming of this version of Coppola’s Dracula ends up mirroring the legendary clusterbollocks that was the shooting of Apocalypse Now, complete with storms, the military extras being called away to fight battles, Martin Sheen (Harker) almost dying during a scene and Brando (Dracula) being…well, Brando. 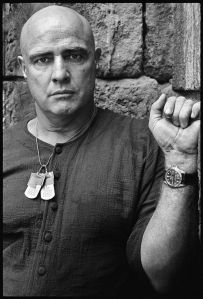 Seriously, somewhere there’s an alternate universe where the dominant life on Earth is sentient gazebos and in that universe Marlon Brando is still an asshole.

The filming of our universe’s Francis Ford Coppola’s Bram Stoker’s Dracula’s Spooky Fun Time Emporium wasn’t nearly as hellish as all that, but it did arise from another legendarily troubled production; Godfather 3. Winona Ryder had been cast by Coppola to play Mary Corleone, but dropped out, leading to Coppola having to cast his daughter Sofia in the role. Ryder was worried that Coppola resented her for that (like the rest of the human race) so she brought him a script for Dracula that she had found as a peace offering. Coppola had been a fan of the book since he was a teenager and was taken with James V. Hart’s screenplay (I don’t know that the “V” stands for vampire, but I also don’t know that it doesn’t stand for that). Filming began in… 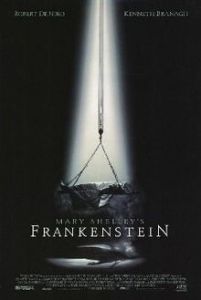 Sorry Team Bolts, if it seems like your movie is kind of an afterthought this time around, it’s because your movie is kind of an afterthought this time around. Whereas Dracula was one of the ten highest grossing movies of 1992 worldwide and a veritable icon of nineties cinema, Mary Shelley’s Frankenstein…well be honest. You’d forgotten it existed, hadn’t ya? If this bout was decided on pop culture legacy alone, Bats would take it in a walk. But is that really fair? Did Mary Shelley’s Frankenstein really deserve to be forgotton? Did Bram Stoker’s Dracula really deserve to be acclaimed? Did you know that they actually had the stones to release a novelisation of the movie and call it “Bram Stoker’s Dracula by Fred Saberhagen”? All these questions, and more, shall be answered!