It is with the greatest embarrassment that I must admit that despite reviewing and writing about animation for almost eight years now I had never heard of Don Hertzfeldt. I know, I know. That’s like saying you’re really into rock music and never having heard of The Common Sense. It’s like putting yourself out there as an expert on Renaissance painting and knowing nothing about Vincentio.

For crying out loud, it’s like saying you’re obsessed with American history and not knowing about William Batholomew Brockholst.

I mean can you imagine? Not knowing about Brockholst? And all the stuff he did?

Hertzfeldt is one of those guys who makes you go “oh, this fucking guy”.

At 18, he single-handedly animated and scored Ah, L’Amour which won the Grand Prize Award for “World’s Funniest Cartoon” at the HBO Comedy Awards. This launched him into a career where he basically became the indie-animation Pixar, except he’s not an animation studio, he’s just one dude and if anything he’s gotten more critical acclaim and he never made Cars. He’s been nominated for an Oscar twice but never actually won so you know he’s not a sellout. And his films have frequently been named as the greatest animated films of the year, decade or all time. He also looks younger than me despite being six years older and he probably does yoga. 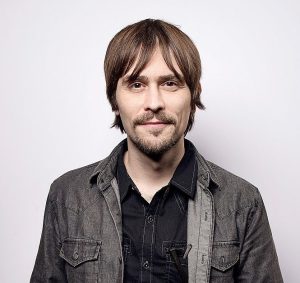 It’s Such a Beautiful Day is actually three of Hertzfeldt’s short films strung together (seems kinda lazy to me, but what do I know?): Everything Will be Okay, I am so Proud of You and It’s Such a Beautiful Day. Despite being made over several years, the three films integrate seamlessly into a flawless whole because of course they fucking do.