I find it terrifying to consider that, ten or even five years ago, I would have had absolutely no hesitation in writing this post. I mean, of course if I’m doing a retrospective on WW2 animation shorts I’d look at Nazi animation. Why wouldn’t I? The Nazis were, after all, kinda involved in the Second World War, right?

But that would have been in a simpler time when it seemed obvious that, whatever else we might disagree on, we were all more or less on the same “Nazis are bad” page (it’s a good page, nice font, excellent paper quality, highly recommended). But then… 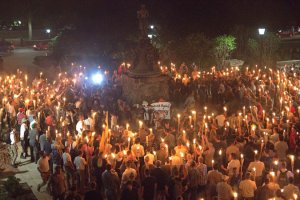 So yes, I did honestly consider scrapping this portion of the series but ultimately I decided against it. One of the goals of the Mouse Goes to War series is to inform and I’ve always believed that knowledge is not dangerous, only ignorance. And today’s short is a fascinating demonstration as to how fascist themes and messages can be worked into seemingly benign texts.

Just in case that becomes a useful skill at some point in the future.