Reality, as Stephen Colbert once patiently explained to George W. Bush, has a well-known liberal bias. The flipside of that is that fiction tends to be conservative. In a typical narrative there are good guys, there are bad guys, and there are few problems caused by the latter that can’t be solved by the former punching them repeatedly in the goolies. In the real world the big problems that bedevil mankind tend to be big, messy and complex and fixing them is an absolute slog with no clear-cut right or wrong and often very little visible sign of victory or even progress.
Take, for example, the question of how to best leverage the advances of industrialisation to improve the standard of life for the maximum number of human beings without causing irreparable damage to the bio-sphere and rendering the entire planet and uninhabitable hellscape? That’s a bit of a poser. And how would you dramatise that question, particularly for a young audience? Say, for example, in a thirty minute animated series running for over a hundred episodes?
To create a cartoon show that deals with this problem maturely and intelligently while still working as a compelling and dramatic piece of entertainment would take something close to genius.

Yes. That is what it would take.

So around 1990 millionaire Ted Turner decided to create a cartoon show about heroes who took on the issues of environmental devastation and social injustice instead of doing stuff that was fun. It was called Captain Planet and the Planeteers and the premise was this: Gaia (Whoopi Goldberg), the spirit of the Earth, wakes up from a long nap and sees that human beings have been trashing the place for the last thousand years or so (well, maybe if you had actually been around to tell us to knock it off we would have known better, lady). Despite the fact that she was asleep at the switch and this is kinda her mess to clean up as much as anyone’s, she enlists five teenagers with respect for nature and all its living things. They are Kwame (Levar Burton) from Africa, Wheeler (Joey DeDedio) from North America, Linka (Kath Soucie) from the Sovie…I’m sorry, EASTERN EUROPE, Gi (Janice Kawaye) from Asia and Ma-Ti (Scott Menville) from Latin America. She gives them five elemental rings with Kwame, Wheeler, Linka and Gi getting the powers of Earth, Fire, Wind and Water and Ma-Ti getting stuck with the power of Heart because poor Latin America is always the pathetic butt monkey.

Whenever they’re faced with a threat they can’t defeat alone they combine their power to summon Captain Planet. Who has a green mullet.
Now, as a premise it’s not…terrible. And on paper the show had a lot going for it. The animation was better than a lot of Saturday morning fare of the time and the cast was RIDICULOUSLY high-powered thanks to Turner roping in his Hollywood friends to voice the various villains including Martin Sheen and Meg Ryan back when she was probably the most successful Hollywood actress on the planet. But it also had problems, not least of which was the fact that Captain Planet is, no question, the worst superhero ever to achieve mainstream success.
Why was he so terrible? Was it the puns? The awful puns? The terrible, excruciating, abominable puns? The puns that made you want to curse God for giving you ears? The puns that made you smell colours, taste sounds and gibber in unknown tongues? The puns that made you want to tear off your skin and fold it into a little swan? The puns that made you head to the nearest clock tower with a high-powered rifle and start picking off the fleeing figures below while muttering “There’s Captain Planet. There’s Captain Planet…”?
No, it wasn’t the puns.
I first realised the utter crapitude of Captain Planet  as a child, when I watched the episode “A Good Bomb is Hard to Find” where the Planeteers travel back in time to prevent Doctor Blight from selling a nuclear bomb to Hitler.

“Hey boss, how can we make sure people know it’s supposed to be Hitler?” “Hitler had a moustache, didn’t he?” “Yeah.” “Give him a moustache. That way they’ll know.”

Captain Planet comes face to face with Hitler and immediately curls up in a little ball because the hatred coming off him is so strong that it’s a form of pollution. It was at this point that I stood up, pointed an accusing paw at the TV and loudly declared: 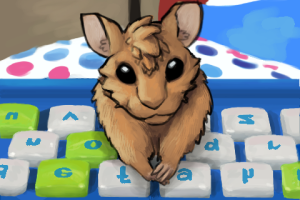 “NO! NO! A superhero who comes face to face with Adolf Hitler and does not punch him right in his stupid face is not a superhero! Good day sir!” 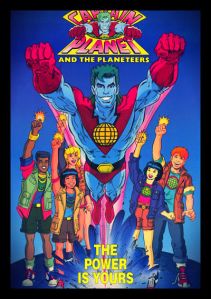 “But what we’re trying to show is that prejudice can…”

Think about that for a minute. They created a superhero whose kryptonite is evil. Captain America is one of the greatest superheroes ever because in his very first appearance he punched Hitler right in the face. He didn’t collapse weeping in a puddle because HITLER DIDN’T COME WITH A GODDAMN TRIGGER WARNING!

As notorious as that episode is, there’s one that (in my  neck of the woods at least) is even more infamous; “If it’s Doomsday, this must be Belfast”, better known here as “The one where the IRA got a nuclear bomb.”
I have never actually seen this one but this thing is legendary in Ireland. I have, no lie, been waiting to do this review all year. I have a feeling this is going to be the greatest experience of my life.
Let’s take a look.