How’ve you been? I am good. Let’s talk about that recent survey. You know the one? Recently something called the Good Country Index released a survey stating that Ireland was the “best” country in the world. Now, there’s a been a lot of confusion on this so first of all let’s just clarify that the survey was not necessarily the best place in the world to live, the survey was actually trying to measure which countries contribute most to the welfare of humanity (in stuff like global aid, peace-keeping, diplomacy, fighting climate change and so on) and which countries are dragging everyone else down. Now, I’ll admit I was surprised that we got the number one spot, not stunned, but surprised. But sure, we do give a lot of money to overseas aid and we’ve been involved in UN Peacekeeping missions since the early sixties so fine, okay, I don’t think we’re a crazy choice. Let’s talk about crazy, though.

Specifically, let’s talk about your reaction to this news and the perception that Ireland has been deemed the “best” country in the world to live (prosperity, equality, health and wellbeing were all criteria so it’s not exactly inaccurate). The prevailing reaction has been incredulence. And that’s fine, that’s human nature. Any country would react the same. If you told the inhabitants of Narnia that their magical wonderland had been voted the greatest place in existence to live they’d look at you askance and say “What, this dump?”

“I mean, look at this shithole.”

But from a lot of you there’s been something a bit stronger, something close to rage. Apparently the the company that carried out this survey has been flooded with angry emails from Irish people expressing their outrage that they had DARED to suggest that Ireland is actually a pretty groovy place to spend eighty or ninety years. Now, do I think that Ireland is the greatest country on earth? Probably not. I’d say it’s probably one of the Scandies or Canada as they usually top these kinds of surveys in HDI, Quality of Life etc. But here’s the thing, in those same surveys, Ireland is usually right up there in the top ten. So this result is not really an outlier as some have suggested. It’s like the World Cup. Brazil may be the best team in the world but they don’t win every single time. But, dear whiny bitches, your insistence on reacting to this news like the compilers of the survey pissed on your mother’s grave has brought me to this conclusion.

I am going to smack you.

I am going to go door to door, county to county, starting with Carlow and finishing with Wexford, and slap every last one of you.

Because your outrage and tutting and bellyaching over this actually makes me physically nauseous. Let me explain why. 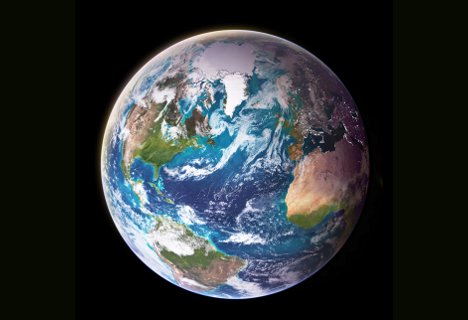 This is Earth in 2014. There has literally never been a better time and place to be a living human. Our species is healthier, living longer, killing each other with less frequency than at any other time in our history. Also, we have a genuine no-foolin’ internet. 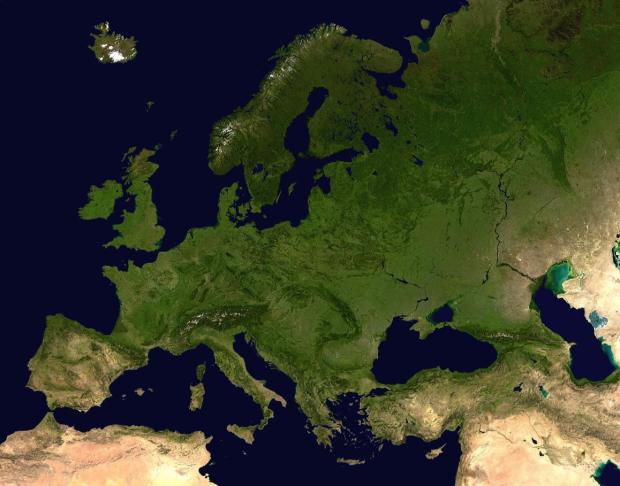 This is Western Europe. It is literally the greatest place on Earth to live in this, the greatest era of history to live (there’s some Russia in this picture, just ignore that part). This is not subjective. People live longer, happier, healthier lives here than anywhere else on Earth.

This is where you live. Let’s review.

You live in a liberal democracy in the most prosperous continent on earth. Your media is free and open, and your elections are fair. No later than April 2016 you will got the polls and vote. The current government may lose and if they do they will pack up and go home without a single shot being fired. Your country has literally no enemies. You will never have to go to war. You will never starve to death. You live in a nation that has one of the richest literary traditions on earth and a long, vibrant, endlessly fascinating history. Also, the scenery’s kinda nice, right?

“Jeez, look at this shithole.”

If you were to take every human being who has ever lived and rank them from most to least fortunate, simply by dint of being born in this country, in this time, you would be in the top billionth of a percent.  Which is why, dear whiny bitches, when you become outraged that someone has tried to tell you that you actually have it pretty good, you are displaying a cognitive dissonance that borders on the obscene.

You really have no idea, do you? Little game for you.

Pick a country at random. Pick any year in the last two millennia. Read up on what was going on in that country at that time and tell me if you’d rather live there or here. We can play all day.

My point is not that Ireland is the greatest country on Earth. My point is that if it’s not it’s close enough as makes no odds. And you know what one of the best things about is? You, whiny bitches. The Irish people. You’re wonderful. Everyone says so. Everyone I know who has visited this country has remarked on how friendly, open, warm, welcoming, funny and fundamentally decent the Irish people are, you miserable fucks. You make this country a wonderful place to live and I love you, you utter cunts.

And before you start, yes, thank you, I am aware that the country is not perfect. I know that there are problems and we shouldn’t ignore them and just pretend that everything’s hunky dory. But this…this has got to stop. It was fine during the famine, or the troubles, or even most of the twentieth century. There was plenty to complain about then. But by pretending that we are living in some kind of third world dystopia is hugely offensive to the billions of people worldwide who still, even in the twenty first century, deal with real, horrendous hardship. It’s fucking disgusting quite frankly. It’s like Donald Trump saying to a homeless man “You think you have it bad, I’ve got an itchy foot!”

“But Mouse what about the crash?”

The crash happened to everyone and we’ve come out of it better than a whole lot of countries. The republic still stands, we didn’t vote in any Nazis and the economy is coming out of the woods.

“But Mouse, what about our sclerotic political system?”

Please, tell an American how bad our political system is, they could probably use a chuckle.

“But Mouse, what about…”

STOP. Unless there’s been an ebola outbreak in Killybegs that no one’s told me about my point still stands. And you know what, if you want to take a minute to look around you, take a deep breath and say “You know what? This place ain’t so bad.” I promise it won’t hurt.

You may now leave your angry comment below. Go on. It’s a free country.