This review was requested by patron Alex Hu. If you’d like me to review a movie, please consider supporting my Patreon.

I had one hell of an intro lined up for this one. I was going to open with a description of the Book of Kells, and detail how the blue dye illustrating this mediaeval masterpiece of Irish art had to be imported all the way from ancient Afghanistan. I would then tie that into a line from The Breadwinner where the character Nurullah describes how the ancient peoples of Afghanistan traded all over the world. Then  I was going to connect that to how director Nora Twomey’s previous film The Secret of Kells led directly into The Breadwinner, showing how Ireland and Afghanistan have, improbably, been transmitting ideas and beauty between each other for millennia. And how even between two incredibly distant nations there can be bonds of shared history and culture. How we are all, truly, one people.

And then I go to Wikipedia and discover that the theory of the Book of Kells being created with ink from Afghanistan has been debunked so never fucking mind then.

“Don’t know why I bother really.”

Anyway, this is the third film of current animated hotness Cartoon Saloon. Like their previous two movies, this is an international co-production, this time between Ireland, Canada and Luxembourg. 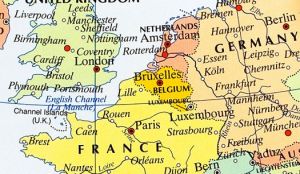 Directed by Nora Twomey  and produced by Angelina Jolie, The Breadwinner is based on the novel by the same name by Deborah Ellis. Upon the movie’s release in 2017 it was heralded as an instant classic and became the only non-American film to be nominated for Best Animated Feature in 2017.

Boss Baby was also nominated. Because the Oscars are meaningless nonsense.

But is it really that good? Does it really deserve to be spoken of in the same breath as classics like Boss Baby and Ferdinand (seriously, fuck the Oscars)? Let’s take a look at The Breadwinner or, as I call it, Mulan but Everything is Terrible.

END_OF_DOCUMENT_TOKEN_TO_BE_REPLACED

Pff. Women, amirite? One day you’re walking down the beach and you see a beautiful woman walking out of the sea, you hit it off, you get married, have a couple of kids and then BAM! Turns out she’s a seal and she’s off gallivanting with her seal buddies without even leaving a forwarding address for child support. Ain’t it always the way? Well, maybe not where you come from but in Ireland it’s practically an epidemic. The canon is full of selkie stories. Shit, if I had my druthers, every Irish exchange of marriage vows would include the sentence “And by the way, I am totally not a seal.”

Selkie stories are not exclusively Irish, of course. In fact, it’s probably more accurate to call them a Scottish tradition but you also find Selkie tales in the Faroe Islands and Iceland and despite the basic similarities (seal turns into a woman, marries a human) they run the gamut from tragic romances to horror stories. A common feature is that the Selkie has a seal-skin cloak, without which she can’t turn into a seal again. The fisherman hides the cloak from her for years, until one day their children are searching around in the attic, find the cloak and show it to her, at which point the Selkie’s all “Laters!” and makes her escape. A particularly grim version from the Faroese Island of Kalsoy has the Selkie return to her seal family, only for her human abductor to kill her husband and children in revenge. The Selkie then swears to basically kill every dude from his village until there are enough bodies to circle the entire island which she is still doing to this day.  Then there are other stories where the marriage between the fisherman and Selkie is loving and consensual, but she has to to turn into a seal to save him from drowning and so can never return to live on land. The universal theme running through these stories is loss. Happiness is transient, loss is forever. Sounds like a fun cartoon to me!

“Well, apart from the whole “being transformed into a mouse” thing.”

END_OF_DOCUMENT_TOKEN_TO_BE_REPLACED

Guys, I’ll be honest. I haven’t been this daunted by a review since Frozen. First you have the fact that this is an absolutely adored film with a lot of fans amongst readers of this very blog, and then you have the fact that the movie is Irish (well, an Irish-Franco-Belgian co-production) and the fact that I’m Irish (well, an Irish-Greek co-production) and that people seem to think that gives me some kind of special insight into this movie. I mean what are you expecting, that I’m just going to emerge from my turf cottage and impart some ancient Gaelic wisdom through the haze of my clay pipe?

Okay, okay. Special insight. Special insight. Let me see. Okay. You know that episode of the Simpsons where they’re crossing from the American embassy into Australia and Homer’s all “Look boy! Now I’m in America! Now I’m in Australia! America! Australia!” and so on and so forth? Imagine an entire culture built around that joke and you have the Irish. We’re obsessed with borders. OBSESSED. The places in space and time where one thing ends and another starts. Ask an American when summer begins and they’ll say “Ohhhh, round about Memorial day, I guess?”. Ask an Irish person when summer begins and they’ll say “01 May. Midnight. Greenwich Mean time. And not a second before.” Borders are where things get weird, where things aren’t one thing or another. Why is Halloween so creepy? Because Samhain occurs on October 31st, right when Autumn ends and Winter begins on the Gaelic calendar. It’s at times like that when the…things in the other world can cross into ours. This fear and fascination with borders runs bone deep in the Irish psyche and ties into our historic relationship with the fairy realm. My wife is a dyed in the wool atheist, but she would not enter a fairy ring if you paid her. You just don’t do that.

Secret of Kells is a very Irish movie, and I don’t just mean because it draws so heavily on Irish mythology, art and history and features some of the greatest Irish actors to have been claimed as British by the English media at some point. It’s obessed with lines drawn between over here and over there, between light and dark, between faith and fear and between civilization and the wild wood. 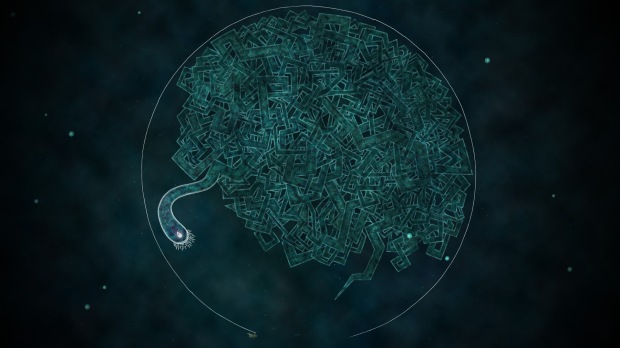 It is also feckin’ smurges.

So. Background. Secret of Kells is the product of Cartoon Saloon, which began as a loose animator’s collective in 1999 and has now produced four full length animated features, two of which have been nominated for Academy Awards. Despite this incredibly small filmography, Cartoon Saloon is already considered to be on a par with Studio Ghibli. Clearly, Irish Animation has come a long way since Daithí Lacha.

But is the praise justified? Yes. Is the movie as good as YES. Does it YES. Whatever hypothetical question I could ask the answer is almost definitely YES.
Let’s take a look.