Waterford Whispers News is Ireland’s answer to The Onion, a parody news website that frequently produces satire that is often as brilliant and biting as it is poorly proof-read.

Denis O’Brien is Ireland’s answer to Rupert Murdoch. He is the wealthiest man in Ireland (or whatever tax shelter he currently rests his head). He is the owner of Communicorp which owns a total of fifty one radio stations across Europe and the Middle East, and basically every Irish radio station not run by the State. He has also substantial interests in energy and telecommunications. In 1995, he was awarded the Irish GSM mobile phone licence, as a result of his corrupt payments to now disgraced energy and communications minister Michael Lowry. He also controls Independent News and Media, an Irish media conglomerate that owns newspapers across 22 countries and owns many Irish newspapers including the Irish Independent (oh why am I not surprised?). He has used this position to quash reporting of his financial affairs in the Irish media, in one case even forcing the Sunday Independent to stop mid-press to remove a single sentence that remove a single sentence identifying him as the controlling shareholder of INM.* He has also threatened to sue media outlets who reported on remarks made in Dáil Éireann (the Irish parliament) regarding his dealings with disgraced bank Anglo Irish which were made under Dáil privilege.
So why am I even writing about him? He’s a filthy rich asshat who looks like his mother cuts his hair. World’s full of them. One even looks more and more likely to become president of the United States with every passing day. 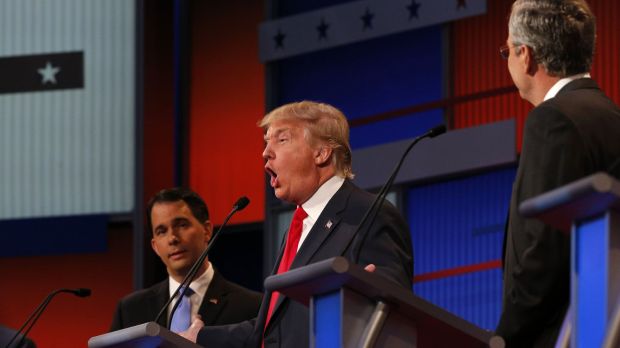 Okay America. Stop. It was funny in the beginning, but you’re taking this too far.

Clearly, this can only mean one thing.

Denis O’Brien has won. That article, the last feeble gasp of defiance against his stranglehold on the Irish media has been quashed. That article shall never be seen by anyone again, and Denis O’Brien can rest easy knowing that he has triumphed totally and utterly and oh look here’s the entire thing courtesy of Imgur…

Oh well. I’m sure that was just a once off. A glitch it the system. Surely that article will never again resurface on the internet oh lord amercy there it is again…